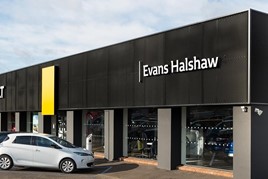 Pendragon has begun a consultation over redundancies as it plans to reformat its leadership and management structure.

While the former AM100-leading motor retail group denied that any large-scale redundancies would be taking place, an AM source said a consultation had opened over “a small amount of leadership roles” within the business.

AM understands that a number of telephone calls took place on Monday (June 15) to discuss the plans, which had been postponed due to the COVID-19 crisis.

Some of Pendragon's 177 dealerships are also expected to remain closed since the end of the UK's lockdown periods as the dealer group continues to review the scale of its UK footprint.

“These are changes that will affect the entire business, including some senior members of staff,” one AM source claimed.

A few weeks before this latest development, AM interviewed Pendragon chief executive Bill Berman for a feature which is being published this week in the latest digital edition of AM Magazine.

In that, Berman told AM that Pendragon’s board would “right-size” the business to restore it to profitability, which would include closing or merging any of its franchised dealerships that aren’t viable. He did not provide specific details on those.

Last month it revealed that COVID-19 disruption had wiped out almost £10m operating profit at its franchised dealerships before the end of March.

Underlying operating profit at Pendragon’s franchised motor division, which includes the brands Stratstone and Evans Halshaw, was £4.4m, a decline of £4.7m versus Q1 2019.

Commenting on the claim that the impact of recent months has contributed to a far-reaching new plan for the former AM100-topping retail group, another AM source close to the business said: “Many of the changes that are being made at Pendragon are ones which I would make myself, driving economies of scale and making the business that bit leaner and efficient.”

That source added: “I don’t imagine that the changes that are set to be announced will be of the scale of those announced by Lookers.”

In September last year AM reported that Pendragon could be poised to make 1,300 redundancies as part of a business restructure designed to stem the faltering financial performance revealed by a series of profit warnings at the time.

A week later the group announced its plan to close of 22 of its 34 Car Store used car supermarkets and one vehicle preparation centre after detailing a £32.2m underlying pre-tax loss in its H1 2019 financial results.

In the latest AM interview, conducted during lockdown, Berman said that efforts to mitigate against the effects of COVID-19 – including the furlough of about three-quarters of its dealership staff, voluntary cuts to management pay and a freeze on all non-essential spend to preserve cashflow - had put it “in a good cash position”.

He added that Pendragon was “in a position where we can ride this out for a considerable period of time”.

Berman, who initially joined Pendragon as a non-executive director last year from US motor retail giant AutoNation before becoming CEO in February, ordered 20% of his own pay to be donated directly to support NHS workers at the height of the crisis.