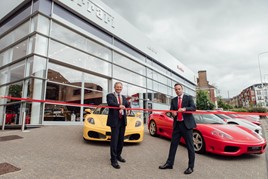 The London Road facility features the Italian car brand’s all new corporate identity (CI) alongside all the latest workshop facilities and will complement the new car sales franchise operated by the AM100 retail group in nearby Colchester.

Jardine’s Colchester Ferrari dealership recently claimed the title of North Europe Dealer of the Year from Ferrari in recognition of its outstanding customer service.

Paul Westaway, brand director for Jardine Motors’ High Luxury Division, said: “This is a very exciting time to be a part of the Ferrari and Jardine family with the opening of the first ever approved used car site in the UK, and is testament to the team’s hard work so far with our brand partner Ferrari, which sees our relationship go from strength-to-strength.

“Providing a dedicated used car offering to our high luxury customers who share our passion for the Ferrari brand, means that we can bring the very high levels of service which our team at Colchester achieves, to both existing and new customers.

“Our ambition is to replicate the success we’ve had with the team at Colchester and make this one of the best performing Ferrari dealerships in Europe.” 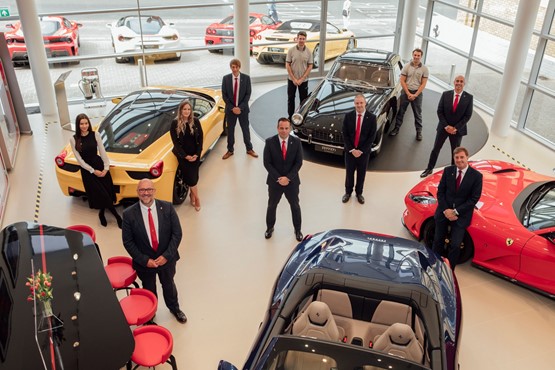 There is also space for one special race model – yet to to be confirmed – and outdoor space for an additional six to eight Ferraris.

Jardine’s new business is the second dedicated Official Ferrari Service Centre to open in June and brings the total number of official service centres in the UK to 15.

JCT600 opened the doors to a new £1m Ferrari supercar service centre in Newcastle earlier this month, ahead of the opening of its new Leeds showroom later this year.

Francesco Balli, Regional Manager, Ferrari North Europe, commented: “We look forward to welcoming both our existing and new clients to the new Ferrari service centre in Kent, which is managed by Jardine Motors, the current holder of the Ferrari Global Service Award.

“We are thrilled that the demand for pre-owned Ferrari cars and the services provided by our official dealer partners remains strong even in these unprecedented times.

“It is this passion from our loyal clients that has enabled us to expand our UK dealer network with one of our most long-standing dealer partners.”