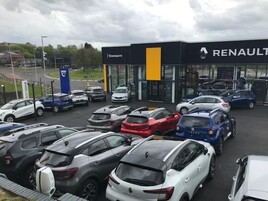 Stoneacre Motor Group revealed that it expects its 2020 revenues to top £1.2 billion after officially opening the first of three new Renault and Dacia dual-brand car dealerships.

The Thorne-based AM100 car retail group’s latest new dealership is located in a prominent position above the roundabout at the junction of Barbara Castle Way and Quarry Street, Blackburn.

The development creates a multi-brand site alongside Stoneacre's existing Vauxhall franchise on the site.

It joins existing Stoneacre Renault/Dacia franchised sites in Chesterfield, Stafford and Rotherham, and the group told AM that a further two locations would soon be opened. 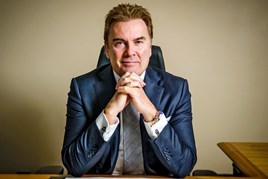 Stoneacre managing director, Shaun Foweather, said: “We have a great relationship with the Renault/Dacia team and we are very pleased to announce our commitment to the brands by further substantial investment in Blackburn and I would like to thank the senior Renault/Dacia management for their support during the build programme.

“We are soon to add more locations to our growing portfolio which will be announced very soon, once completed we are expecting our revenues to April 2022 to be circa £1.2 billion.”

In its last published accounts, Stoneacre revealed a 24.9% turnover increase in annual turnover and a 31.2% rise in pre-tax profits for the 12-month period to April 31, 2019.

Despite the COVID-19 coronavirus pandemic, Stoneacre continued to be acquisitive in 2020.

In August it continued to drive past its former £1bn turnover growth target with the acquisition of the Hodgson Newcastle car dealership group.

November brought the creation of a dual-brand Aston Martin and Lexus dealership in Newcastle after the group forged its first partnership with the Japanese premium brand via an acquisition from Jardine Motors Group.

Most recently, in January this year, Stoneacre also signed a 15-year lease on a 65,100sq-ft Parts and Logistic Hub in Doncaster.

A spokesperson for the group said that it remains acquisitive and “would discuss any franchise opportunity with either dealer groups, owner drivers, stakeholders, existing or potential franchise partners”.

Stoneacre appoints David Teatum and Mark Zavagno to board of directors

Stoneacre appoints David Teatum and Mark Zavagno to board of directors