Stoneacre Motor Group has revealed a 24.9% turnover increase in annual turnover and a 31.2% rise in pre-tax profits in annual financial results to April 31, 2019.

The South Yorkshire-based car retail group rose from 17th to 15th in the AM100 rankings in 2019 with a calculated turnover of over £1 billion and its latest results revealed that its acquisitions and business growth to the end of April last year had seen revenues rise to £982.1 million (2018: £786,302).

In a statement issued alongside the financial results, Stoneacre indicated that it retains ambitions to continue on its recent growth trajectory.

It said: “Despite the continuing uncertainty and challenging economic environment, the group continues to perform at satisfactory levels.

“Further opportunities with both existing and new manufacturer partners are currently being considered in-line with the board’s strategy to maintain a strong and diversified portfolio.”

During the reported period Stoneacre added the former Harratts Group Volvo Sheffield dealership and further sites with the Swedish premioum brand in Newcastle, Sunderland, Stockton and Harrogate through its acquisition of Mill Garages in October 2018.

Stoneacre said that its new car sales volumes had increased by 9.8% during the period as used car sales rose by 14.5% and commercial and fleet sales delivered growth of 24%.

Service revenues rose by 15.5%, prompting a 9.7% increase in profitability from aftersales operations, it said, with the opening of a new MOT and service centre in Chesterfield contributing to the growth.

The group’s accident repair operations saw revenue growth of 5.1% and new “body repair cubes” were added to sites in Derby and Chesterfield to drive capacity further.

Stoneacre’s Newark-based remarketing operation, meanwhile, grew its revenues by 29% and profit by 20.7% as used vehicle volumes grew from 21,354 to 25,236 in the reported period.

The Stonacre Academy, which earned the group the Best Training and Development Programme award at the AM Awards in 2017, inducted 154 new candidates in 2018/19, meanwhile, and has now enrolled over 540 new learners in the past four years.

The group also highlighted its drive into digital customer acquisition with a 23% rise in what it called “quality web sessions” and a 675% rise in social media contact with potential customers. 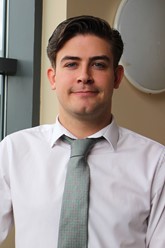