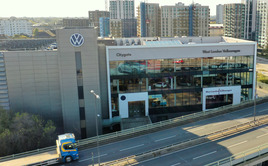 Work on the four-floor car retail facility, which first opened in 2014 and is located just off the M4 motorway on Capital Interchange Way, Brentford, took over 16 months to complete, having started in July 2020.

The Ruislip-based AM100 car retail group acquired the site from Inchcape in January last year and said today (December 17) that the site was “one of the first in the UK to showcase both VW and Škoda brands under one roof”.

Citygate West London’s divisional director, Daniel Stone, said: “We are delighted to relaunch this fantastic sales, service and experience centre to our customers, along with welcoming Škoda to the building.

“Under usual circumstances, this would have been a major undertaking but the impact of the pandemic has made this all the more challenging.

“Thanks to the dedication and professionalism of our staff and contractors, we were still able to trade during the project and we now look forward to welcoming customers back to the showroom in all its glory.” 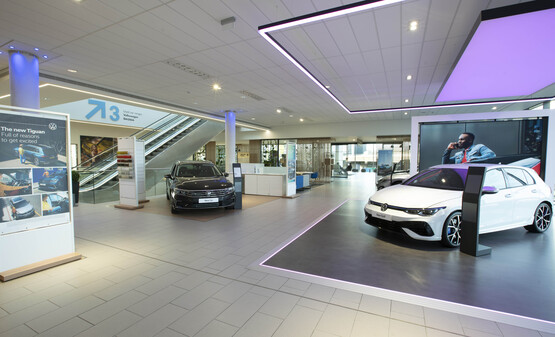 Citygate was able to continue trading from its VW West London dealership throughout the development work undertaken at the site.

Among the new features added is a heritage and performance car display along with a children’s entertainment area.

Citygate Automotive confirmed its acquisition of Inchcape Retail’s Volkswagen dealerships in West London and Twickenham in January of 2020 – six weeks after AM reported on the impending deal.

The move came six months after Inchcape’s disposal of five car and van franchises – in Chelmsford, Colchester, Romford and Southend – to Group 1 Automotive.

In October last year, it acquired the West London Škoda franchise from Lookers.

Earlier this week Citygate announced an expansion of its VW franchise car retail operations with the opening of its new Volkswagen Commercial Vehicles van centre in St Albans.

The opening took the VW brand’s network of van centres to 63 and its authorised repairer network to 33 across the UK.

Citygate Seat Reading wins 2020 AM Award for Most Improved Dealership

Citygate Seat Reading wins 2020 AM Award for Most Improved Dealership