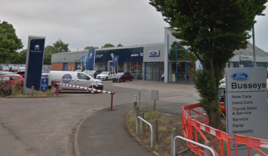 Ford and Peugeot retailer Busseys will close two of its franchised showrooms as it works to adapt to the “huge changes” impacting the automotive retail sector.

The Ford and Peugeot retail sites on Yaxham Road, Dereham, could be closed as early as next month, with supermarket operator Lidl having already submitted plans to demolish the showroom buildings to make way for a new store.

Speaking to the Eastern Daily Press, Busseys’ managing director Paul Bussey said maintaining the sales operations did not “fit with the future plans” of the two car makers.

The closures will leave Busseys with a Fordstore and Peugeot dealership in Norwich and further Ford showrooms in Fakenham and Attleborough.

The sites will absorb staff displaced by the Dereham closure, it said.

Bussey told the EDP that the rapid transition to electric vehicles (EV) was part of a changing retail environment that had prompted the closures.

"This, together with the changing habits of customers and competitors, is driving huge changes in how new vehicles are sold,” he said.

"Whilst here in Norfolk we have tried to maintain some stability, we are not immune to these changes. We at Busseys simply have to adapt our business to continue serving our highly-respected customers.”

Ford announced in 2020 that it planned to close almost half of its 400 UK franchised car retail sites as part of its ‘Ford 2025 dealer plan’ revealed to its investor partners.

Peugeot, meanwhile, is part of a Stellantis-backed push towards multi-brand dealerships which bring other brands from its stable of Abarth, Alfa Romeo, Citroen, DS, Peugeot and Vauxhall into one location.

The strategy had been deployed in its own retail group, the recently rebranded Robins & Day by Stellantis &You, Sales and Services

In its results statement, the group said: “We remain at the forefront of developments within the industry alongside our manufacturer business partners and other key suppliers.

“In terms of our Ford and Peugeot dealerships, we continue to invest in the latest manufacturer standards, including the latest developments in vehicle electrification.” 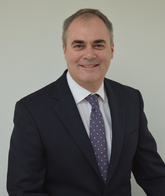