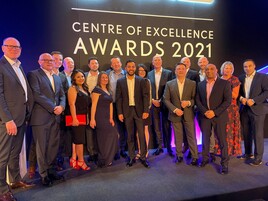 Steven Eagell Group chief executive Steven Eagell has spoken of his “enormous pride” after the car retailer won nine categories in the annual Toyota and Lexus dealer of the year awards.

The UK’s largest Toyota and Lexus franchisee attracted a string of group-wide awards as well as gaining individual recognition for the work of its sites in Aylesbury, Birmingham, Bedford, Chelmsford, Luton, Milton Keynes and Northampton.

Eagell said: “It gives me great pleasure and enormous pride for the Group to be recognised by both Toyota and Lexus with these awards.

“It is the continued hard work, dedication and commitment to outstanding customer service from the whole team at Steven Eagell that results in us being recognised with these awards.

“Everyone can be exceptionally proud of the part they have played in this outstanding achievement.”

Steven Eagell Milton Keynes - the AM Awards 2021's Best Dealership category winner - was announced as “Toyota Retailer of the Year”, retaining their title from last year, with the Tamworth dealership coming runner-up.

In the Lexus franchise at the Centre of Excellence Awards, the group won the Best Group award, with Lexus Cambridge taking Centre of the Year and Lexus Birmingham the Value Chain award.

Profiled by AM back in 2016, after a period of significant growth, the Steven Eagell Group has since grown further still and now operates 22 Toyota and eight Lexus dealerships in the South East, East of England and West Midlands. 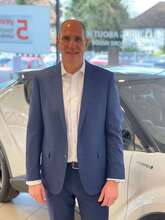