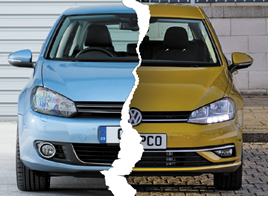 Hyundai and Ford topped the table of scrappage scheme success stories during September, according to Carwow.

The Korean and US volume car brands saw the biggest spike in scrappage scheme-related enquiries during the plate change month, according to the online marketplace, as Mini and Mercedes-Benz struggled to attract new custom with their offers.

Mini and Mercedes were at the back of the pack with eight% and 7%, respectively.

The trend sees Hyundai once again benefit from scrappage.

Its current success was established following a surge experienced following the introduction of a scrappage scheme back in 2008 which saw registrations double from 28,036 (2008) to 56,726 in 2009.

Alex Rose, head of trading at carwow, says: “Car owners have been hungry for information about scrappage and how much their cars might be worth. We have experienced record traffic levels since the scrappage schemes were announced.

“Unsurprisingly, those who announced their schemes earlier and were offering the most generous incentives have benefited the most.”

Customer stats from Carwow show that 12% of all sales across the month of September 2017 were down to scrappage.

As traffic levels increased, the site introduced a scrappage checker for both dealers and customers to see at a glance what schemes an individual car qualified for.

However, despite a spike in online traffic looking for deals, scrappage enquiries have tended to be more speculative.

For the month of September, comparing scrappage enquiries on the Carwow site against ‘regular’ enquiries, scrappage ones are 37% less likely to result in a sale, showing that while scrappage has clearly piqued some people interested to start their new car research, not all are ready to commit.

In fact, there were only four brands whose scrappage enquiries were more likely to convert to sale than 'regular' enquiries, spearheaded by BMW, which offers a flat £2,000 additional saving for qualifying customers, on top of existing offers.

Rose added: “Scrappage has proved that a declining market can be stimulated, but the learning for manufacturers is to keep it simple and easy for customers to understand.

“With London mayor Sadiq Khan also putting pressure on for the government to fund a diesel scrappage scheme for lower income homes, this issue is going to stay in the spotlight.

“As motorists look to get rid of older and more polluting models, the industry will continue to incentivise them to do so as car manufacturers and car owners move towards a cleaner, greener future.” 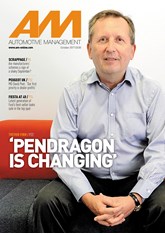