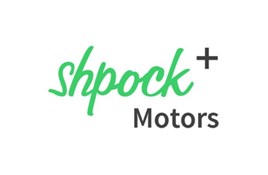 The Shpock online marketplace has launched its new platform for car dealers with TV advertising campaign and the promise of access to over 700,000 monthly UK users.

Shpock+ Motors claims to be among the top three private car marketplaces in the UK with an average of over five million searches monthly.

The platform can be integrated with key feed providers or set-up to allow the manual uploading of used car stock “in around half the time of other portals”, the business said in a statement.

It added: “High volume advertising campaigns on TV, radio and online since the beginning of the year are clear signs of Shpock's intent to capitalise on their fast growing motors audience and become an influential player in the motors vertical.”

Shpock said that its platform, launched as a market-wide selling platform in 2014, attracts users from all demographics and has a strong popularity among younger consumers.

The business claimed that 18% of 18-24 year olds who visited the site stated they are interested in buying a car in the next 12 months.

This audience alone amounts to over one million potential new customers, according to Shpock.

A local sales team and the option of promoting vehicles nationwide or within a more localised area are some of the advantages offered by the new platform.

An app shows potential customers the closest items first in a specified search and this allows dealerships to be the first point of sale in their region, it said.

Steve Grice, head of UK sales at Shpock, said: “Our customers have already come back to us with high quality feedback.

“There has been particular admiration for the quality of calls and leads, the dashboard page and the little time needed to upload new adverts.”