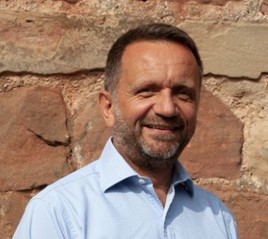 Epyx is developing an enhanced version of its Auto Pricing tool, due to increasing demand.

The tool that automatically prices used cars for online trade sales was added to the company’s 1link Disposal Network platform two years ago.

Usage levels were initially low but have risen rapidly during 2018 and especially in recent months, according to the firm.

“It’s been very much a process of users learning to trust the technology. Letting go of pricing is quite a big step but people have become more and more comfortable with the idea over time.

“Certainly, over recent months, we have seen a definite increase in adoption. Some users are now pricing a majority of their online sales in this way, especially where they dispose of large amounts of quite similar stock,” said Tim Meadows, commercial director at epyx.

Auto Pricing uses both historical data from each customer’s own disposal activity and information from industry pricing guides, with modifications based on three factors – grade, colour and options. These can all be further modified by the user.

Meadows added: “This produces a pricing model that, we have found, is very accurate when compared to the decision making that a person in the same situation might make.

“However, we are now working on a new version of Auto Pricing that adds a series of additional factors in order to drive the precision still further.

“All of this is part of an enhanced level of machine learning technology that we are adding to 1link Disposal Network platform, more of which we plan to introduce in the future.”

Epyx’s 1link Disposal Network is one of the longest-established sources of trade stock in the UK, offering a large selection of stock from major leasing companies, motor manufacturers and more.