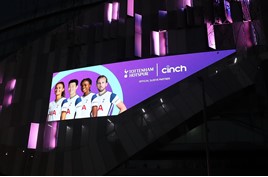 Cinch, the online used car retail business, has been tipped for market leading potential amidst reports its owner Constellation Automotive Group is trying to raise £500 million of institutional funding.

Constellation, previously known as BCA Marketplace until its rebrand by new owners TDR Capital in October 2020, is in talks with a syndicate of global institutions, according to Sky News reports, to raise about £500 million.

Sky reports that unnamed bankers and analysts could value Cinch at more than £5 billion on a standalone basis as the fundraising helps drive exponential growth to turn it into a leader in the market.

In 2019 TDR Capital bought BCA Marketplace - the group of businesses including WeBuyAnyCar, Cinch and BCA Remarketing - in a deal which valued the group at £1.9bn.

Cinch began a growth drive in 2020, marketing both its own stock and dealers' used cars for online purchase, and thanks to its links with BCA it has access to the biggest supply of users cars of any UK online sales platform.

It has put the Cinch brand in front of consumers through extensive advertising and sponsorships, including TV campaigns and backing the England cricket team plus Tottenham Hotspur football club.

Sky reports: "sources close to the company said the platform was already seeing a run-rate of 30 million unique annual visitors".

Cinch, which secured £300m in a 2020 investment round, has a proposition designed to help its dealer partners generate revenues from online retail, its retail director Jason Cranswick told AM earlier this year in response to concerns from some traditional motor retailers that it would compete for their customers. 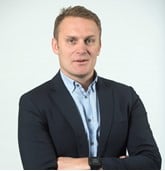