Moneyway rolls out prime product in 2016 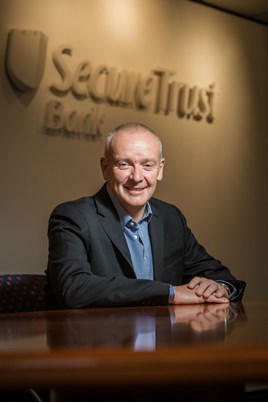 Motor finance company Moneyway has confirmed it will launch a product aimed at prime customers at the start of next year after piloting the idea since April.

Moneyway’s prime product was first launched to “key-lenders” and will now be offered to the wider motor retail market in the UK.

“We've really set out our stall to grow. Expanding into the prime market means we can now go to dealers and offer something for every customer across the risk curve.”

Moneway previously specialised in sub-prime and near prime lending.

Moneyway, the motor finance arm of AIM-listed Secure Trust Bank, has seen its lending balance increase to £152.3 million, up 19% on last year.

It has also seen an increase of 10% in balances over the first six months of 2015.

The launch of its prime product follows the extension of its maximum lend by 25% to £25,000 this year.

It means Moneyway can now lend to customers to tap into the prestige vehicle market and it has removed “many” of the model restrictions for lending it had previously had in place.

Simpson said that while the prime market is dominated by manufacturer and main lender finance houses, there is still space for Moneyway to gain share.

He said: “There is space in the prime market for us to work with small franchised dealers and used car supermarkets where our requirements line-up.

“The fact we’ve been running the pilot since April means we can really hit the ground running. It’s certainly going to open up more doors for us.”

Moneyway has taken on four new sales executives this year, as well as Richard Cox as its new transformation manager to drive new business.

Simpson said the business is working with 4,000 dealers either directly or through its broker network.

Moneyway gained feedback from its customers through Feefo and received a 95% satisfied rating based on a 7.5% response rate from 4,000 customers.

Simpson is expecting another positive year for the motor finance industry in 2016.

He said: “We’re in a positive economic position with unemployement figures going in the right direction and static interest rates.

He said dealers had dealt well with the pressure put on them by regulation from the Financial Conduct Authority (FCA).

Simpson said: “Dealers have gone through the approvals process and they’ve adapted well to what the FCA is asking of them.

“I think these FCA regulations have had a positive impact on consumer confidence when buying finance and that can only be a good thing.”