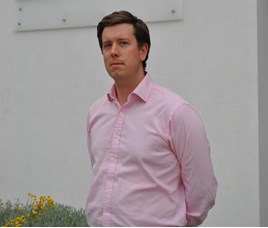 European car buyers are taking advantage of the weakening pound by buying cars advertised in the UK.

Car search website Motors.co.uk has seen a significant rise in traffic from European countries that drive on the right hand side of the road since the value of the pound started falling.

Dermot Kelleher (pictured), Motors.co.uk’s director of marketing and business intelligence, said: “The impact of the falling pound has already been observed in other industries, such as consumer electronics, with premium tablets effectively costing up to £80 (€90) less one side of the Irish border than the other and it stands to reason that the savings on even more expensive goods such as cars could be even greater – encouraging more European consumers to spend in the UK.

“Although not our core audience, it is clear from our data that there is an increased dealer opportunity within other right-hand drive European markets.

"Whilst the majority of visitors to Motors.co.uk are UK car buyers -  and UK visits have risen year-on-year by 18% - October saw an increase of 151% in visits from the Republic of Ireland compared to the same month in 2015."

This matches a wider retail trend as Irish consumers have been visiting Northern Ireland to save money, with a Newry shopping centre reportedly seeing a 62% jump in customers from across the border*.

Additionally, visits to Motors.co.uk from car buyers living in Cyprus rose by 117% and 43% from Malta in October 2016 when compared to the same month last year.