Used car values up for Cox Automotive in May 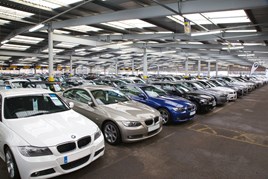 Cox Automotive’s wholesale and retail brands saw a year-on-year increase in sold volumes in May, with selling prices up across the board.

A higher proportion of higher value, ex-fleet cars sold in May was cited as the reason for the rise in selling prices in a statement issued by Cox Automotive's UK head of valuations, Daren Wiseman, who added that a "shift in stock profile" had not come at detriment to diesel vehicles, despite their recent bad press.

Wiseman said: "The strength in demand shown for diesel cars in the wholesale market is an important observation for the market."

May saw a 14.4% year-on-year increase in sold volumes for diesel cars in Manheim’s auctions, accompanied by a 7% rise in average selling price.

For petrol cars, there was an 8.5% increase in sold volumes, while average selling prices climbed more steeply by 15.1% year-on-year.

Wiseman added: “Although we saw prices rise in May, some vendors were not adjusting reserves in line with the market. We continued to see high stock levels across the auction network last month, which meant that it was largely a buyer’s market.”

In the ex-fleet market, Manheim saw sold volumes increase by over a third year-on-year, and by over a quarter from April.

Following the slight decrease seen in April, the average selling price rose by 4.5% year-on-year to £9,624.

There was little change in the part-exchange market. The year-on-year increase was 0.9%, and average mileage dropped from 2.1% to 74,652.

Wholesale funding provider, NextGear Capital, saw a 13.1% increase from April in units funded, alongside a 3.7% fall in average cost per unit, with an average vehicle value of £6,444.

NextGear Capital boosted its overall stock funding facilities to dealers in May, rising by 4.1% to over £148 million.

Motors.co.uk saw a 5.8% year-on-year increase in average selling price, with the average value climbing to £13,408 this month. 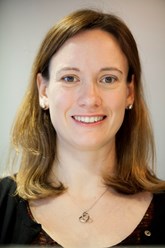