The Bank of England has told banks to set aside an extra £11.4 billion to protect the economy from a financial crash as car finance and credit card debt lending continues to “increases rapidly”.

The Bank’s Financial Policy Committee will force banks to set aside £5.7 billion in the next six months and a further £5.7 billion by the end of next year to keep them safe if current benign lending conditions change and their loans turn bad.

Speaking after the publication of the half-yearly Financial Stability Report, the governor of the Bank of England, Mark Carney, warned that lenders must not become complacent during a period of low interest rates, adding that he feared that the system had been “forgetting some of the lessons of the past" with lenders starting to lend to people with weaker credit records.

Next month the Financial Conduct Authority and the Prudential Regulation Authority will publish new affordability rules in an attempt to ensure that customers can repay their debts with suggestions that a cap on car loan values - related to a percentage of a customer's income - could be implimented, published in the Daily Telegraph today.

Referring specifically to speculation about a crash sparked by car finance, Carney said that if used car prices fell by 30pc this could knock just 0.1 percentage points off the capital ratios of banks, however.

Adrian Dally, head of motor finance at the Finance and Leasing Association, said: “We note that the Bank’s hypothetical modelling of a fall in used car values going well beyond anything seen historically – even during the financial crisis – nonetheless shows a relatively modest impact on capital ratios.

“In fact, lenders providing car finance have long experience of modelling car prices during all sorts of financial conditions, and the risks are well-understood and well-managed.

“We continue to liaise closely with the PRA and the FCA on their ongoing work in the consumer credit markets.”

Quoted in the Daily Telegraph, Carney said that the economy was performing but warned that there were risks as consumer credit continued to grow by more than 10% per year.

Car loans and credit card debt has been growing particularly fast and while consumer debts only amount to one-seventh of the total of mortgage debt, they account for 10-times the amount of bad loans which banks write-off.

“Most financial stability indicators are neither particularly elevated nor subdued. Nevertheless, there are pockets of risk that warrant extra vigilance,” said Carney.

“Consumer credit has increased rapidly. Lending conditions in the mortgage market are becoming easier. And lenders may be placing undue weight on the recent performance of loans in benign conditions.” 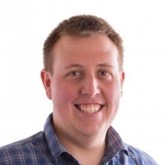 Guest opinion: PCP regulations need to work for everyone

Guest opinion: PCP regulations need to work for everyone