Car retailers have come under fire for their approach to finance sales after undercover newspaper reporters found sales executives were offering new car PCPs to and minimum wage earners and the unemployed.

The Daily Mail sent its reporters into 22 dealerships and encountered one sales executive who allegedly suggested manipulating answers in finance applications and another who suggested a £215-a-month PCP to a customer he believed to be unemployed.

The investigation is the latest blow to the sector as the Financial Conduct Authority and the Prudential Regulation Authority prepare to publish new affordability rules in an attempt to ensure that customers can repay their debts with suggestions that a cap on car loan values - related to a percentage of a customer's income - could be implemented among the legislation.

In what the Daily Mail described was a “chilling echo of the sub-prime mortgage crisis of 2007”, it highlighted that UK motorists owe £58billion on car finance – an increase of 15% in a year.

And the newspaper’s undercover reporters were offered a £15,000 Audi A1 with no deposit, despite being unemployed, an £8,600 Vauxhall Corsa, despite bad credit, and, potentially, a new Suzuki Swift if the customer fails to mention his six-months of post-university travelling in his finance application.

It also emerged that sales staff may be passing the buck of finance qualification over to lenders, despite evidence that customers may not be able to afford repayments.

One sales executive allegedly told the Daily Mail: “ won’t make any difference. We drop it down to the finance company, they’ll do a credit check on you.

Vauxhall, Suzuki Finance, Mazda and Volkswagen Financial Services, which finances the cars which were subject to the Daily Mail’s investigation told the newspaper that the journalists had not ultimately gone through with credit checks and, if they had, anyone with poor credit would be declined.

Vauxhall and Suzuki are understood to have launched investigations following the visits by Daily Mail reporters.

Ford Credit did not respond to requests for comment.

Last week the Bank of England told banks to set aside an extra £11.4 billion to protect the economy from a financial crash as car finance and credit card debt lending continues to “increases rapidly”.

The Bank’s Financial Policy Committee will force banks to set aside £5.7 billion in the next six months and a further £5.7 billion by the end of next year to keep them safe if current benign lending conditions change and their loans turn bad.

Speaking after the publication of the half-yearly Financial Stability Report, the governor of the Bank of England, Mark Carney, warned that lenders must not become complacent during a period of low interest rates, adding that he feared that the system had been “forgetting some of the lessons of the past" with lenders starting to lend to people with weaker credit records. 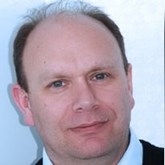