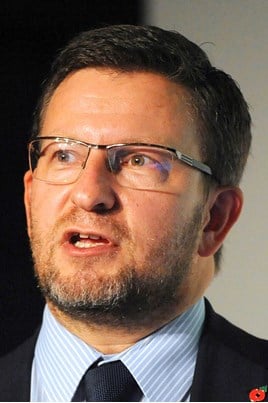 The automotive finance industry must focus on generating positive messages as it endures a flurry of negative publicity and the growing attention of regulators, according to a panel of industry experts.

Richard Jones, managing director of Black Horse, said the industry should respond to concerns with a strong, positive message as industry experts responded during a panel debate at the International Auto Finance Conference, in London.

Malcolm Banfield, commercial director, RCI Financial Services, argued that the industry is careful to ensure that consumers are protected by offering clear advice and information about finance.

He said: “The level of information available to consumers, particularly online today through videos, means that information is communicated, I think, in a clear and unambiguous fashion.

“My personal view is that I think we can be reasonably confident, but that's not to say that we should be complacent.”

His view was supported by David Betteley, global financial services director at Jaguar Land Rover, who said: “I think quiet diplomacy, making sure that we've got our house in order, would be the way to deal with this.”

Adrian Dally, head of motor finance at the Finance and Leasing Association, also called for regulators to ensure support of the auto finance market by ensuring they were “looking at the bigger picture”.

He added: “That is absolutely the spirit in which this review is being carried out. So yes, at a high level, do we expect the FCA to find that this is a market that works well in the interests of consumers? Yes. But are there areas the industry, as always, should be working on to keep it that way? Also, yes.”

In June, the governor of the Bank of England expressed his concerns about motor finance when The Bank’s Financial Policy Committee announced its move to force banks to set aside £5.7 billion in the next six months and a further £5.7 billion by the end of next year to keep them safe if current benign lending conditions change and their loans turn bad.

Speaking after the publication of the half-yearly Financial Stability Report, Carney said he feared that the system had been “forgetting some of the lessons of the past" with lenders starting to deliver finance to people with weaker credit records.

The FCA is investigating “potential conflicts of interest and irresponsible lending in the motor finance industry” and steps including potential measures to restrict lending to a percentage of a finance applicant’s wage, could be imposed.

Proposals to better manage risks of non-compliance in staff's pay and performance management have also been published by the FCA as part of a consultation ending on October 4.

Watch delegates key points from their responses from the International Auto Finance Conference below in a video provided courtesy of White Clarke Group: