The Finance and Leasing Association (FLA) has reported that the automotive retails sector’s point of sale finance business declined by 2% during August. 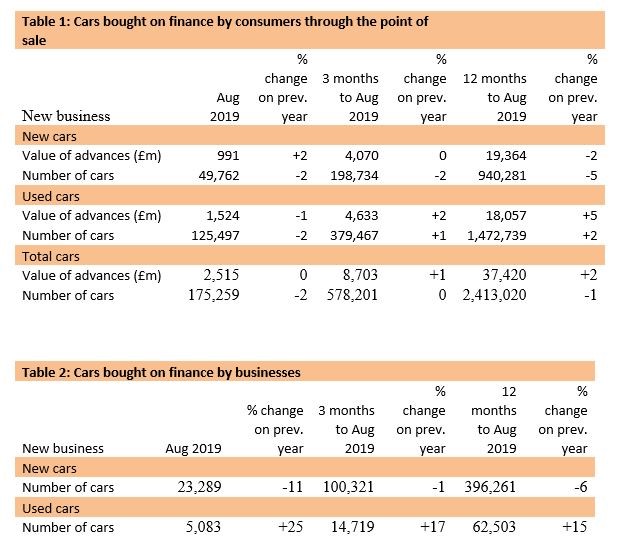 The value of new business grew by 2% over the same period, to £991m, however.

The results are in-line with the Society of Motor Manufacturers and Traders (SMMT) report that August’s new car registrations were down by 1.6% year-on-year, with private registrations down by 1.7% despite an anticipated rush to register non-RDE2 compliant vehicles ahead of the new emissions regime's September 1 roll-out.

“New business volumes in the POS consumer car finance market overall fell by 1% in the eight months to August, in line with expectations.”

The FLA reported that the percentage of private new car sales financed by FLA members through the POS remained at 91.2% in the twelve months to August 2019.

The POS consumer used car finance market reported that new business fell 2% by volume and 1% by value in August, compared with the same month last year.