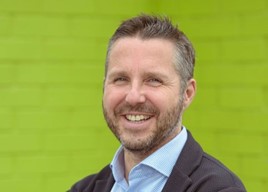 Consumers view the motor finance industry with higher regard than it views itself, according to a study by Startline Motor Finance.

It asked car buyers what they thought of motor finance, compared to other retail sectors and almost 40% of respondents placed it “a long way ahead”.

Only 23.8% of consumers believed that motor finance was “slightly” or “a long way behind” other retail sectors, compared to 31.6% of dealers.

Paul Burgess, CEO at Startline, said: “The motor finance industry tends to give itself quite a hard time about its reputation but these figures show that consumers view it significantly better than how it views itself.

“Whether looking at store-based or online retail environments, it ranks very competitively against sectors that would generally be perceived as being much more customer-focussed.

“While there is clearly still work to do to drive forward standards still further, this is very much welcome news for our sector.”

The picture is similar for online retail, where 36.8% of consumers placed motor finance a long way ahead or slightly ahead of other retail sectors compared to 24.6% of dealers.

Again, just 30.3% of consumers believed that motor finance was slightly or a long way behind other retail sectors compared to 45.6% of dealers online – with 29.8% of dealers and 32.9% of consumers rating it around the same.

Burgess said that moves in recent years to improve levels of compliance in motor finance and create an ethos based around meeting consumer needs may have had an impact.

“It’s because of the media coverage around this issue that motor finance tends to be wary of how it is perceived but, conversely, maybe the regulation which is now being enforced is helping to create a better environment for consumers,” he explained.

The sectors against which motor finance was measured in the survey included food, clothes, consumer technology, travel and financial services.

AM reported in depth on the study's findings in October, ahead of its launch at Automotive Management Live 2019.