The consumer car finance market achieved year-on-year growth of just 4% by volume and 7% by value during September – despite last year’s WLTP-impacted decline. 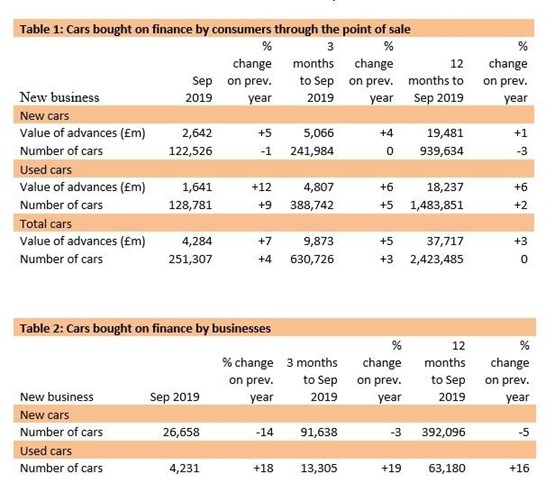 But the FLA's market data reflects a challenging market, delivering growth only in comparison to a period impacted by the September 2018 roll out of the WLTP fuel economy and emissions regulation changes which impacted vehicle supply and sales.

September 2018 delivered a 16% decline at the point of sale car finance volumes.

Despite the context of September 2019’s growth, Geraldine Kilkelly, head of research and chief economist at the FLA, said: “In September, the POS consumer used car finance market reported its strongest growth since August 2018, which contributed to an increase in new business volumes of 5% in Q3 2019 as a whole.

The FLA’s September 2019 finance sector analysis showed that the value of new business in the POS consumer new car finance market grew by 5% in September compared with the same month in 2018, while new business volumes fell by 1% over the same period.

The percentage of private new car sales financed by FLA members through the POS was 91.1% in the twelve months to September 2019.

The POS consumer used car finance market reported new business in September up 12% by value and 9% by volume, compared with the same month in 2018.