Insurers banned from quoting customers a higher price for renewals 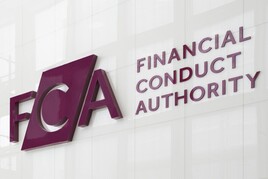 Car insurance providers have been banned from quoting customers a higher price for renewing their motor and home insurance than they would pay if they were a new customer.

The new rules brought in by the Financial Conduct Authority (FCA) on January 1, is expected to save consumers £4.2bn over the next 10 years.

The pricing rules apply to renewal notices going out after January 1.

If a consumer’s renewal notice went out in December and their policy renews after January 1, the rules would not apply.

Any firms that are unable to implement the technical changes required to comply with the new rules before January 17, will need to ensure that consumers do not lose out as a result.

The FCA said the reforms follow a review that revealed many insurers were increasing prices for renewing customers year-on-year – a practice known as ‘price walking’.

As well as higher prices for customers, price walking ‘distorted’ the way the insurance market worked, as many firms offered below-cost prices to attract new customers, who then paid more over time if they renewed their insurance.

Insurers used ‘sophisticated processes’ to target their ‘best’ deals at customers who they thought were less likely to switch in future, said the FCA.

Sheldon Mills, executive director, consumers and competition at the FCA, said: “Our interventions will make the insurance market fairer and make it work better.

“Insurers can no longer penalise consumers who stay with them. You can still shop around and negotiate a better deal, but you won't have to switch just to avoid being charged a loyalty premium.

“We are keeping a close eye on how insurers respond to our new rules, to ensure that the benefits of a better insurance market are delivered to consumers.”

The reforms also include new rules to provide consumers easier methods of cancelling the automatic renewal of their policy, and to require insurance firms to demonstrate that their products deliver fair value to customers.

The FCA  will set new rules for regulated financial services including motor finance by mid-2022 as it aims to “fundamentally shift the mindset of firms”.

A second consultation is under way until February 15, with the final rules being confirmed in July 2022.

Insight into the FCA changes to finance rules is available in the latest issue of AM magazine. 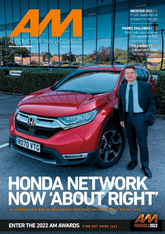