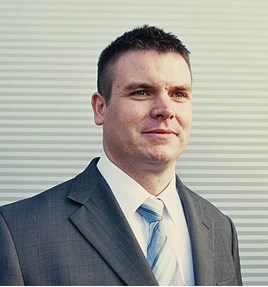 Online solutions provider, Ebbon-Dacs, has outlined plans to strengthen its position in the fleet connectivity market with new investment and resources.

In the fleet market, Ebbon-Dacs operates the e-procurement platform, Leaselink, along with the vehicle delivery and collection system, MoDel, and its telematics service, MoDrive.

Both MoDel and MoDrive are joint ventures between Ebbon-Dacs and motor accessories supplier, VGroup International.

The MoDel solution is currently being used by seven major contract hire and leasing companies, who between them operate more than 430,000 company vehicles, while the MoDrive telematics offering is seeing stronger take-up in the UK leasing market.

Ebbon-Dacs has also recently expanded into Europe with the opening of offices in Germany, to compliment those that it opened in the Netherlands 4 years ago. Its Leaselink platform is now used extensively in the Dutch fleet market where it sources around 50,000 vehicles annually.

Based on a strategy to build on growth within the fleet market and to focus on what the company call "core strengths", Ebbon-Dacs has now taken a senior executive decision for a strategic withdrawal from the UK DMS sector, where its DMS system has a small share of the retail dealership market.

The DMS division will continue to provide support and services to existing DMS customers for the remainder of their contracts, but will not actively seek new customers or market the platform further.

Rob Pilkington, director of Ebbon-Dacs’ Leaselink division said: “The decision has been made to focus on Ebbon-Dacs’ key strength, the UK and European fleet market. By building up resources in the fleet sector and gradually exiting the DMS arena, we can build a stronger company that is totally strategically aligned and set for the next stage of its growth.

“We have already seen strong growth in both the UK and European fleet markets, and this new development will allow us to increase our investment and resources within the fleet business.”

Craig Gibbin, director at Ebbon-Dacs, said: “We have taken the strategic decision to begin the phased withdrawal from the UK DMS market. The DMS area is a small proportion of the wider business’s turnover and does not fit with our strategic goals as a fleet business.

“Naturally, we will honour existing customers’ contracts for DMS, some of which have more than 12 months left to run.  But we will wind down the business gradually and will not seek to recruit new DMS customers.”

Gibbin will also be joining Pilkington as a director of the Ebbon-Dacs fleet business to build its strength and enable increased director level contact for the growing customer base.

Pilkington added: “Our commitment going forward will be very much to the UK and European fleet markets where we intend to be market leader in providing e-business platforms that connect the fleet community together.

“Our mission is to provide the best platforms and levels of customer service, so that our customers recognise us for increasing their own business performance,” he said.