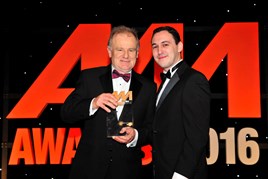 Three years ago, Renault was in the doldrums. European sales were at their lowest since 1995 as a result of over-production and an uninspiring product range, leaving the way open to up-and-coming brands, such as Kia and Hyundai, to steal market share.

Massive reorganisation, which guillotined the UK network by almost a third and culled models, was a painful, but vital, measure as up to 50% of its dealerships were reported to be running at a loss.

Now, the refreshed range is exciting consumers, reliability has improved, and the brand is avoiding the ‘stack ‘em high, sell ‘em cheap’ approach of offering an unsustainable array of models, just to compete in every segment.

Renault’s market share, at 2.9%, is the highest it’s been for three years and new car registrations the best they’ve been since 2010.

Renault was a clear winner in this category voted for by AM readers, via email, in January.

“The growth in the Renault brand has been exceptional over the past 12 months. Although the manufacturer has been aggressive in the UK, it was exactly what was needed to gain a well deserved foothold in the market.”

“Renault’s product line-up, including its LCV offering, has improved as well as its public appeal. We’re seeing a good return on sales.”