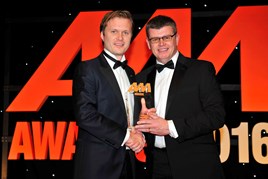 The financials and key performance indicators (KPIs) for Peter Vardy BMW and Mini Edinburgh show it is a strong performer that is still growing solidly in all aspects.

Over the same period, Peter Vardy BMW and Mini Edinburgh has focused on achieving upper quartile performance in every department. As a result, it has outdone many of its peers, becoming a top performer in customer service, corporate sales, used car sales and parts, and driving local market penetration well past BMW and Mini’s national market shares.

Short departmental meetings set a target each morning, against which performance is measured and communicated to all team members at the end of the day.

Staff members are brought together regularly to hear about overall performance and to reward top performers.

The judging panel said the dealership was: “A stand-out performer, with solid improvements and a great culture of ‘healthy discontent’ that drives them to constantly seek to do more.”