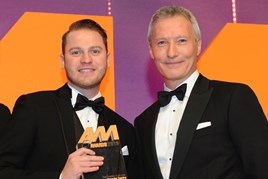 This new-build dealership opened in April 2016 with no customer database and a workforce at around half the planned level, but within 18 months has become one of the high performers in its franchised network.

The business was originally designed to replace the group’s existing Porsche Centre 30 miles away at Sutton Coldfield, but it was decided to keep that one open and let both dealerships capitalise on demand for Porsche cars in the West Midlands.

Despite opening with 28 staff (since increased to 40), it has beaten its targets for profit per unit and for new car sales volume, and its sales of approved used Porsches have grown quickly, to an average of 25 units a month.

New car sales manager Benjamin Robinson wrote in the entry: “All this success has been achieved through ensuring we create the best possible environment to work in and taking time and pride in employing and keeping a great team across all departments.”

Several employees have been nominated for awards from parent group Pendragon, two high-performing sales executives have been put forward for a business manager programme and a parts adviser has been promoted to a managerial role.

Aftersales was difficult for the first year due to the lack of a database and a fresh technician team, said Robinson, but performance is building and the dealership is consistently in the top three of Porsche’s network for customer satisfaction.

Its marketing efforts have included a dealer launch event with more than 500 guests and product placements at Wolverhampton Racecourse and Stourbridge Golf Club. It has also held customer engagement events, from drive days in Wales to golf and clay pigeon shoots, and it invited about 200 customers to a ‘wellness evening’ in partnership with a local personal trainer and beauty product producer.

The awards judges said it is “an impressive site and a good operation, and has made a rapid success”.