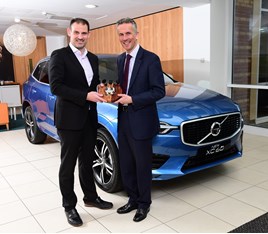 Volvo’s XC60 SUV has followed-up its success at last month’s AM Awards with a UK Car of the Year 2018 title voted for by a panel of motoring journalists.

The Swedish SUV – the AM Awards 2018’s New Car of the Year – followed up victory in the UK Car of the Year Awards’ Best Medium Crossover category with the overall win after attracting praise for its refinement, build quality and driving dynamics.

Jon Wakefield, managing director at Volvo Car UK, received the UK Car of the Year accolade from awards director John Challen a matter of days after a double win at the AM Awards, which also saw the brand named Manufacturer of the Year.

He said: “Winning both the overall UK Car of the Year and Best Medium Crossover awards is a fantastic achievement for Volvo.

“The awards reflect the desirability and sophistication of the XC60 and the elegant Scandinavian design, cutting-edge technology and luxurious equipment levels have proved a big hit with customers.”

Volvo went one better than 2016, when the XC90 was runner-up, in the UK Car of the Year Awards, which is supported by Cox Automotive and is now in its fifth year.

Praise for the XC60 was not short in supply from the 27 UK Car of the Year Awards judges. Paul Hudson from The Telegraph said: “The XC60 is all the car you’ll ever need. It's hard to look beyond its all-round abilities.”

Northern Ireland’s Ian Lynas described the car as “a superb vehicle in its class – one with all the qualities we have now come to expect from Volvo”.

Despite the XC60’s high-praise, this year’s UK Car of the Year awards were billed as “the most closely-contested” to date, the XC60 triumphing over the Skoda Kodiaq by a single point, with BMW’s 5 Series finishing in third place.

Challen said: “The XC60 being crowned UK Car of the Year 2018 is very well deserved, at a time when crossovers are becoming increasingly popular. Having come close in 2016 with the XC90, it’s fantastic to see Volvo now claim the top spot with it’s smaller – but every bit as impressive – stablemate.”

Philip Nothard, head of external relations, at Cox Automotive said: “We are proud to support the UK Car of the Year Awards, judged by 27 of Britain’s most-read motoring journalists who use their expertise to pick out the top performer in 13 vehicle categories.

“They provide a highly credible verdict for consumers on the best cars on sale in the UK today.” 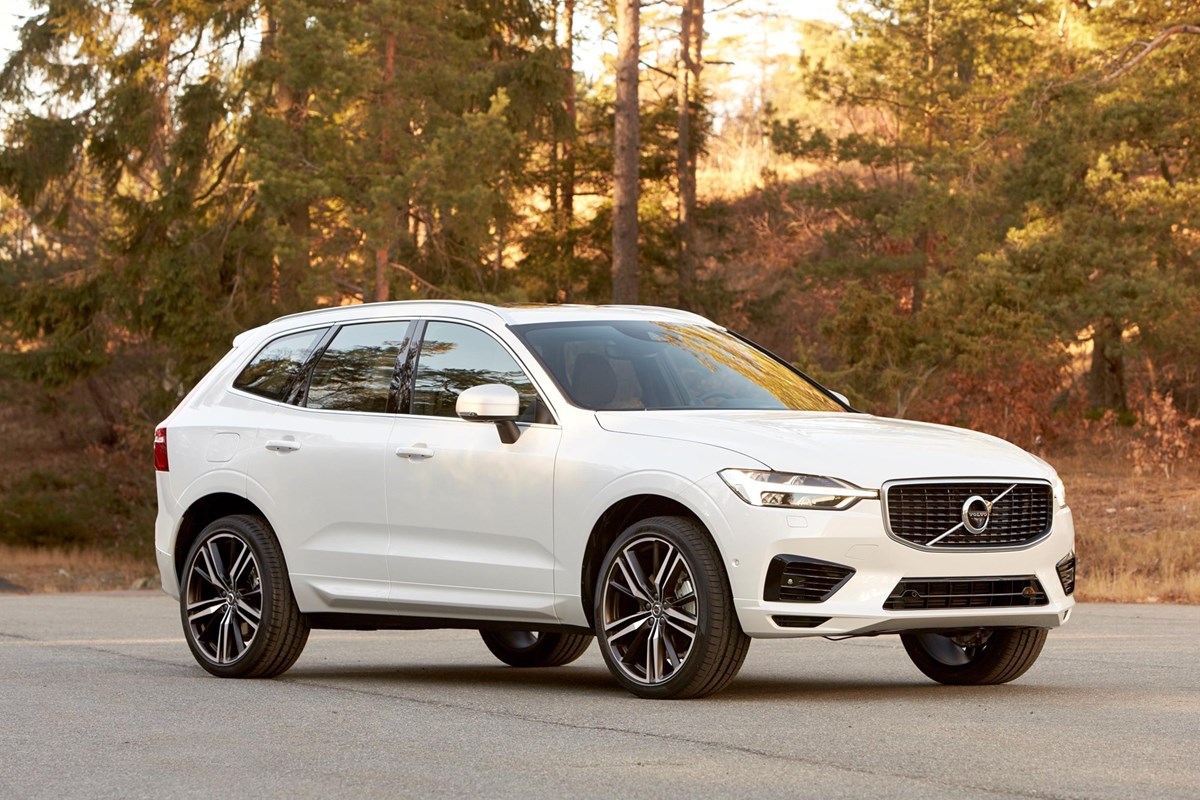 The full list of UK Car of the Year Awards 2018 category winners: 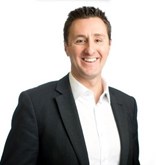