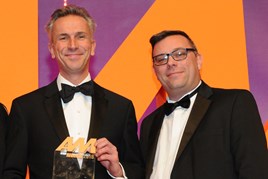 Volvo’s successor to the popular XC60 proved to be worth the wait when it launched in 2017, with the second generation of the SUV attracting praise from numerous quarters.

Introduced to showrooms in Q3 of last year, the ‘little brother’ to the game-changing XC90 flagship had a big act to follow. Volvo’s aging but stylish XC60 secured best-seller status during its run-out year with a total of 16,302 registrations (2016: 16,009).

The opportunity that the XC60 continues to deliver to retailers, with prices ranging from £32,935 for the 190PS D4 SE Nav, to £58,700 for the Inscription Pro T8 Twin Engine, is clear, with both retailer margin and forecourt appeal in evidence.

Volvo’s latest XC60 design moves away from the nose-down, dynamic appearance of its predecessor in favour of the more square-set, premium shape of the XC90.

With a plug-in hybrid as the range’s flagship model, Volvo is able to claim impressive economy figures for its newest addition. Range-wide fuel economy figures start at  42.2mpg in the two-litre, petrol-powered T5, reaching a faintly absurd 134.5mpg claim for the T8 Twin Engine hybrid.

The T8 combines a turbocharged two-litre petrol engine, which powers the front wheels, with an electric motor powering the rear wheels, to produce a combined 407PS. The result is a vehicle that can claim to emit CO2 of just 49g/km while – possibly not at the same time – going from 0-62mph in 5.3 seconds on the way to a 143mph top speed.

Euro NCAP was among those to praise the new XC60, hailing the five-star performer as the safest car of the year and a vehicle “bursting at the seams” with safety technology.

Matthew Avery, director of research at Euro NCAP’s safety test provider Thatcham Research, said: “It is so far ahead of the game that its innovative Cross Traffic Alert and Turn Across Path systems are not yet a part of the Euro NCAP programme.”