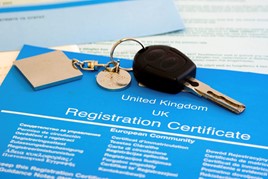 The National Association of Franchised Dealers is leading calls for the DVLA to create a “work-around” after the GDPR prompted the removal of previous keepers’ details from vehicles’ V5C documentation.

Fears that the lack of transparency resulting from the removal of vital provenance data will result in an increased workload and expense for used car retailers, a rise in clocked vehicles slipping through the net and the minefield of potential mis-selling litigation have all been cited in a bid to see a partial-repeal of the legislation changes.

Three months after the move came as part of the authority’s efforts to comply with the EU’s General Data Protection Regulation (GDPR), retailers have spoken out about the need to find a solution for the issue, with one warning that “the motor trade and general public are now, more than ever, at risk of fraudulent activity”.

The NFDA’s head of business development, Louise Wallis, has vowed to pursue a work-around for members and retailers alike. She said: “We believe that the changes to the V5c documentation are a real problem for retailers and a huge problem in the fight against mileage fraud.”

Wallis added: “As its stands we have had a meeting with the DVLA and they have gone away to consider our concerns.

“They believe that it’s a GDPR issue, but they have said that they will explore the possibility of a more efficient work-around. Sadly, I suspect reaching that point won’t be quick.”

Cap HPI have warned of a flood of clocked cars into the used market and a further drain on margins as dealers battle to protect their reputations through the ever-greater employment of now costly provenance checks.

The vehicle data expert, which owns The National Mileage Register (NMR) – a database containing more than 265 million vehicle mileages from a number of sources including VOSA, auction houses and the DVLA – said the V5c changes would have a direct financial impact on the dealer network.

Cap HPI said in December last year that car clocking as an illegal practice had jumped 25% since 2014 and the NFDA has estimated that the issue costs dealers and subsequent owners £1.5 billion-a-year.

It pointed out that the inclusion of only the current keeper’s data on the V5c means that where a full mileage investigation is required, it must now contact the DVLA and pay a fee for the previous keeper’s details.

On average, HPI Check data identifies a mileage discrepancy in one in 16 vehicles, a hidden problem in one in three cases and a ‘plate change’ in one in five cars.

Wendy Swaine, head of retail at Cap HPI, said: “This change could have broader implications for the dealer network. With the potential of increased cost to dealers, there is a risk that some may opt to forego a mileage investigation, opening themselves up to accidentally making a risky purchase, and then potentially being hit by the reputational damage to their business when the fraud is uncovered.

“It’s potentially a double whammy for dealers, the industry and the consumer, which is why we are urging the DVLA to look at the wider ramifications.”

Jonathan Allbones, operations director at Sytner-owned used car supermarket group The Car People, said that it had to “stand an additional cost in mileage investigations”.

Allbones said he felt that the move by the DVLA was the correct one, adding that he was “always concerned that private individuals’ data was openly on these documents”.

Retailers operating on a smaller scale might have their resources stretched further, however. Mark Mallender, the owner of Triple M Vehicle sales, near Barnsley, said: “The DVLA have got it wrong. I like transparency, I believe both dealers and the general public have a legitimate interest to know the previous ownership details.”

A DVLA spokesman told the Daily Mail’s This is Money website that there was no reason why removing the previous keeper from the V5C should result in an increase in fraud.

He added: “We believe the processes in place strike the correct balance between protecting the personal data of our customers while maintaining the availability of information about vehicles to those with a legitimate right to receive it.”

An industry still smarting from threats of large-scale litigation over the alleged mis-selling of former business use vehicles as having had “one owner” is clearly keen to see a solution which will fill the blanks created by the DVLA’s new stance.

In last month’s AM, Loughborough University’s Jim Saker highlighted that the change to V5c documentation had been made against the backdrop of the Glyn Hopkin/FCA case, where the Advertising Standards Authority held that “retailers’ adverts of used cars must specify whether the vehicle being marketed had previously been used for business purposes as part of a fleet where the relevant retailer is aware of this fact” (NFDA Briefing Paper March 2018).

Saker concluded that best practice would be to ensure that a customer signs to say they have seen the V5.

Glyn Hopkin operations director Stuart Hodson agrees, although it’s not something he’s always been comfortable with.

He said: “I think it’s a step backwards and another layer of complexity to wrestle with in a business that is already getting harder and harder.”

Hodson added that while Glyn Hopkin, in common with many other franchised retailers’ used car forecourts, is stocked with part-exchange or nearly-new vehicles,

for which they know the provenance, the DVLA’s data omission was storing up issues for those who handle cars later in the lifecycle.

Hodson once again asserted that the Alfa Romeo Giulietta cars that sparked the ASA ruling on used car descriptions in a bid to stamp out mis-selling were actually sale-or-return cars from the FCA Group that had previously been used in its business fleet.

The case had prompted Glyn Hopkin to stipulate that its used cars may have had multiple users, however, although Hodson conceded “we’re not confident that it’s foolproof.”

In January Damon Parker, head of litigation at Harcus Sinclair, told AM’s sister title Fleet News that more than 4,000 motorists had been in contact over the alleged mis-selling of a business use vehicle.

This month Parker told AM that the litigation had now been whittled down to around 2,000 consumers, with the law firm now left “scratching our heads as to whether this is viable”.

He said: “We don’t want to pursue cases where it might be a matter of Mr and Mrs Smith say this person said this and this. Those sorts of cases are unpredictable in terms of who a judge is going to believe.”

Parker was in little doubt about the effect of the DVLA’s interpretation of the GDPR, though.

He said: “There is no good GDPR reason for not telling someone who previously owned their car. But as a result of the DVLA’s move there is much less incentive for a retailer to tell you.”