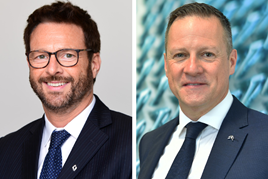 Renault UK is considering plans to restructure its dealer network in a ‘hub and spoke’ model to better meet the needs of its customers, managing director Vincent Tourette has told AM.

This would see the country divided into 60 to 65 territories and Renault working with a partner in each one to tailor the network to their needs.

The French brand has insisted that it is not looking to reduce the size of its 144-site network, however.

News of its plan came as Citroën has told its UK dealers that their future lies in sharing sites with other car brands if they are to survive.

In a frank discussion with AM, Citroën UK managing director Karl Howkins said he fears the country is heading for recession and hard Brexit, and the carmaker’s scenario modelling suggests new car and van sales in the UK will fall by at least 10% and possibly as much as 25%.

That would send the current total industry annual volume of about 2.68 million cars and vans down to just more than 2m units, similar to its annual level during 2008’s recession.

Howkins said 2019 has already been “a hell of a year” for the industry and he does anticipate dealer failures across the industry.

There are already vulnerable sites in the Citroën dealer network. Average return on sales for the whole network is just 0.1% and half of the dealerships are at breakeven or are loss-making. The top quartile is making about 2% return on sales.

For many struggling sites, structural costs or headcount are too high for the revenues they are able to achieve, he said.

“For our dealers to be successful, you have to be multi-franchised,” said Howkins.

Citroën has already relaxed some demonstrator requirements and has reduced minimum showroom size to three cars for some locations.

At Renault, Tourette said its market area strategy would bring it in line with manufacturers such as BMW/Mini and Mercedes-Benz, which already operate a similar ‘hub and spoke’ system in parts of the country.

Tourette said: “The idea is that each territory is given to a partner and this partner will, together with us, optimise the coverage in this area.

“This gives scale to our partners in the long term and different formats in terms of better adapting to the needs of the area – the needs in London are not the same as those in Scotland, for example.

“If you are buying a car, you are prepared to drive a bit, but you need to have servicing facilities closer to your home or workplace.

“Also, the usual dealership with all activities and bricks and mortar costs a lot, so we are working on having something more agile and less costly for servicing, but closer to the customer and better in meeting
their needs.”

Tourette said Renault doesn’t want to reduce its number of sites because it did that in 2012, and thinks its current network size is “there or thereabouts”. In 2012, it removed a third of its then 190-strong dealer network, which was struggling to make money as Renault’s sales declined. Half of its dealers were loss-making, and sales fell to almost 50,000 units.

Tourette added: “What we want to do is better adapt our offer and services to the needs of our customers.”

At Citroën, Howkins conceded  that NFDA scores show dealer morale is low, but said this is understandable when they are not making much money.

Many dealers must raise their game, he said. He said he was frustrated by visiting dealerships where ringing phones were not answered, and customers were not looked after properly. Some dealers are not maximising their opportunities from used car sales either, he added.

“I want dealers to survive,” said Howkins. But he does foresee the Citroën UK network “contracting naturally”.