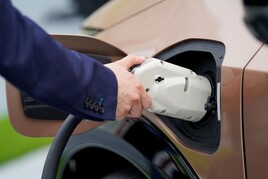 Government has announced £30m of investment in EV and hydrogen technology to help launch studies into the creation of a UK lithium supply chain, improvements in battery safety and the re-use of car batteries.

The Department for Business, Energy and Industrial Strategy (BEIS) revealed the plans, which include a project to extract lithium from hard rock in Cornwall as well as studies into hydrogen storage and the development of solid-state batteries.

It said that the investment will support the “phase out the sale of new petrol and diesel cars by 2030”. 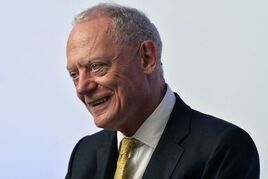 In this morning’s statement, Grimstone said: “We have set an ambitious target to phase out the sale of new petrol and diesel cars by 2030.

“To support that it is crucial we invest in research so we can power ahead with the shift to electric vehicles as we build back greener from the pandemic.

“The world leading research announced today showcases the very best of British innovation and it will support all stages of the automotive supply chain to make the switch to electric vehicles – from developing batteries, to exploring how to recycle them.”

Government’s £30m funding will be structured in two parts:

BEIS said that the investment in battery technology would “help motorists and the environment by improving performance and reducing costs of electric vehicles”.

It added: “It is also good for businesses and workers, supporting the creation of new jobs, new industries and the development of technologies to power the automotive and energy revolution in the UK.

Commenting on Government’s EV investment announcement this morning, Jim Holder, editorial director at What Car?, said: “Government investment is crucial if the UK wants to remain at the forefront of automotive manufacturing and development in the future.

“Currently, there are zero battery plants in the country, and just one planned, something that will need to change soon – especially as the Government’s own 2030 deadline to ban the sale of new petrol and diesel cars looms closer.

“While this is a step in the right direction, this cannot be the only one made. The investments into electric vehicle development and manufacturing will have to be significantly higher.

“With plants like Ellesmere Port looking to transform into electric vehicle assembly sites, the Government needs to support the industry further to achieve the once-in-a-century change towards electric vehicles, especially as it is the one setting the deadlines for the switchover.”