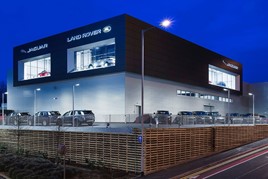 Car retailers could be compelled to turn out the showroom lights and accelerate decarbonisation as energy price rises start to impact margins, AM has been told.

The cost of gas has quadrupled this year and many businesses whose energy contracts expire this winter could now face an increase in energy costs of up to 125% as values continue at peak levels throughout the winter months.

But, after Treasury sources recently responded to a Sky News interview with Business Secretary Kwasi Kwarteng to suggest that there was no planned support for businesses – which already go without the protection of a price cap – many were left to reflect on the long-term impacts of the new-look energy market. 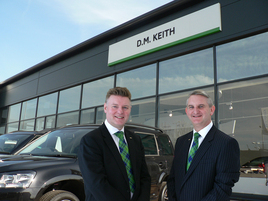 He said: “We needed to renew, and it fell at just the wrong time. Within the space of a week, we saw around £40,000 added to the cost of the group’s energy.

“The cost of electricity went up from around 15 pence p/kWh to 23.9 pence p/kWh and there was very little manoeuvring room.”

He added: “Thankfully, the rest of the group is tied-in to its energy deals for some time to come.”

One concerned single-site independent car retailer told AM that his business was just a fortnight away from the end of their energy tariff renewal and was already anxious about the prospect of a 100% increase in costs.

“I feel pretty powerless. All I can do is try to recoup the costs elsewhere,” he said.

At the other end of the spectrum, Vertu Motors chief executive Robert Forrester said his business was fixed-in to its energy tariffs – protecting it from an immediate impact – but he expressed concern about the future.

“The situation we find ourselves in now is a culmination of a catastrophic energy strategy from UK Government over the past 15 years,” he said.

“When the UK has its coldest temperatures in the middle of winter we always have cyclonic conditions. Clear skies and no wind.

“If it wants to go away from coal and, now, away from gas, then it has to pursue a nuclear strategy.

“As it is, we have a catastrophe looming in energy.”

Forrester said Vertu was already exercising extreme caution with its levels of energy usage. He added: “We measure our energy usage across the group every half an hour and we even run checks at two in the morning to ensure that everything that can be is switched off.

“It’s all good for the environment, but the reality is that there are many factors at play that dictate we should be using energy as an increasingly scarce source.”

Forrester told AM the current energy crisis in the UK, and its impact on businesses, was being exacerbated by the push towards electric vehicles (EVs).

“With energy prices so high, the idea of having demonstrators and customers cars lined up on charge, at a premium rate, is quite worrying,” he told AM.

“It’s not like petrol or diesel, where customers might be satisfied with half a tank. You can’t charge a battery to a third full and hope that’s acceptable. A full charge is expected.”

And while many market commentators suggested the recent rush on petrol and diesel, and associated queues at the petrol station forecourts, may have caused many to lean towards an EV in future, uncertainty about energy prices could have a counter effect.

A new survey by Ipsos MORI showed only one-in-three people in the UK believe the Government will take the steps needed to deal with issues facing the energy market, such as a global gas shortage causing an increase in wholesale energy prices.

He told AM that some retailers may have been caught out by an inability to renegotiate their contracts in 2020 due to energy firms categorising the sector as “high risk”. 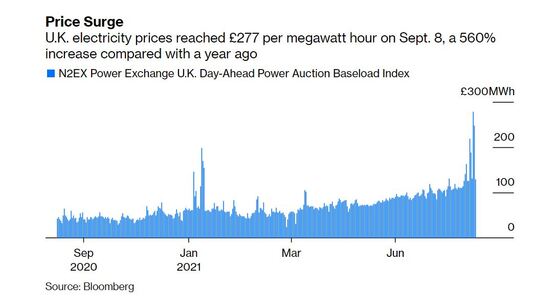 Landau said those forced to renew in the past few weeks have seen electricity prices up between 60% and 80%, with gas up “into the hundreds of percent”.

“A lot of people pay around two pence p/kWh for gas, but we’ve seen prices go up to 11p at the peak,” said Landau.

Landau, whose business sources energy for around 50% of the AM100, said that energy management was key to any business with hopes of making savings in the short-term.

He said “visibility” of dealerships energy usage was key, particularly out of hours when its harder to identify equipment left running.

Morris said that the return on investment (ROI) presented by renewables such as solar power and wind turbines at car dealerships had improved as a result. However, the situation could accelerate the shift to carbon-neutral business.

“In the past it’s always been the case that car retailers would look at these things and compare them with the price of a new ramp in the workshop – or something similar,” he said.

“As the rising cost of energy persists, it transforms the ROI for those items, though. Solar panels that may have delivered an eight-to10-year ROI might now be back to, say, four to six.”

Landau said the ROI on solar panels could be as little as five years on larger arrays, facilitating the sale of electricity back to the national grid.

“Solar panels can be a good investment, but work needs to be done to see if the building is suitable, and what the payback period will be.”

Morris said that it was unfortunate that energy-related business premises improvements were not subject to Government’s 130% super deduction tax break.

Sheena McGuinness, partner and head of renewables, corporate tax, at RSM UK, noted: “Investing in solar panels on the roof of their dealership may seem like a good idea in theory, but, at the moment, this could increase business rates – so approach with caution.

“When it comes to investment in solar and wind power, the ongoing maintenance of the assets needs to be considered, unless space is leased to a developer.”

McGuinness added: “There is a big question across all of retail as to how much they can pass the price rises on to the consumer.

“I don’t know where this lands for car retailers specifically, but the thinking more generally is that luxury brands likely can to some extent, but others will struggle.”

The National Grid recently released a report looking at the UK’s energy supply as the country heads into winter and concluded there was enough electricity to avoid any major power outages this winter, but the risk has increased.

The report showed that the risk was the highest it has been in five years, however, and that the amount of reserve electricity supply that could be called upon was expected to be 6.6% of demand but could fall as low as 4.2%.

Landau said that, whatever the UK’s outlook, it was imperative that wholesale energy prices decreased.

“They have to,” he said. “There are industries like steel and fertiliser production that have to close their doors as a direct impact of high energy prices and those closures will have a knock-on effect.”

He added: “It’s an uncertain time for car retailers trying to make the best choice going forward, in terms of short- or long-term energy contracts.

“All we know for sure is that prices are high right now, and there’s a long way to come back down.”