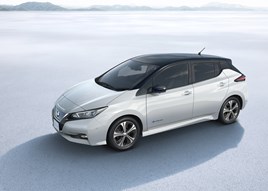 Manufacturers are being urged to “learn from past mistakes” in order to capitalise on the anticipated surge of EV sales.

Fleet managament and remarketing specilaist Gain Solutions, which claims to have been “at the forefront” in the development of electric vehicles having worked closely with OEMs including Nissan, says poor preparation at both manufacture and dealer network level could hinder the conversion of EV interest into sales.

Marcus Blakemore, managing director at Gain Solutions, said that the industry is reaching a tipping point with the Government’s push on ending diesel and petrol vehicle production.

“Alternative fuel vehicles – both hybrid and electric - account for less than 5% in the fleet sector and only marginally more amongst private buyers so it’s still niche, but with governments wanting to end the production of diesel and petrol vehicles and manufacturers launching new AFV vehicles, the next stage will be upon us very soon and the industry needs to be geared up for this.

“We’ve gained considerable experience and learned from the mistakes of the first generation of electric vehicles.

"The key takeout is that manufacturers and dealers need to get their houses in order if they are to satisfy the demand of customers’ interest in electric vehicles.”

Five key issues motor manufacturers need to address when preparing for EV, according to Gain Solutions:

Blakemore said: “Obviously other factors will come into play, but they are likely to be outside the manufacturers control such as sufficient charging network, but the UK Government is aiming for the majority of cars to be electric by 2030, so focus on the things you can affect. There will be ‘a chicken and egg situation’, where a lack of charging points could hold back demand and vice-versa.”

“With the first batch of alternative fuel vehicles now coming to market, it’s clear that there has been some confusion around how to market these vehicles or how best to resell them.

"For example, initially there’s been misunderstanding among some remarketers about batteries and whether buyers had to lease or purchase them.”

Blakemore concludes by pushing the need to educate drivers on EVs and battery life.

“Additionally, used car buyers may need convincing on the benefits of owning EVs or educating them on the differences of electric cars,” he said.