Following from its recent Astra ‘True Brit’ campaign to boost dwindling numbers, Vauxhall has launched a similar campaign for the Grandland X.

Vauxhall Motors’ marketing director, Patrick Fourniol, said: “The campaign insight looks at how Brits stay calm in the face of adversity, we look at the people who stand out from the crowd through what they do, not from what they say.

“Grandland X embodies this attitude, keeping you in control, connected and comfortable. An SUV that keeps calm and carries on.”

The marketing campaign will appear across press, digital and out-of-home platforms, with the televised element running from September 3 until October 31. 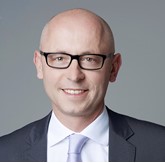