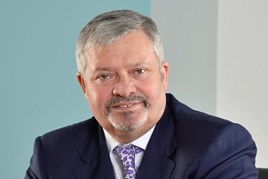 Volkswagen Group UK managing director Paul Willis has said that his decision to leave his post with the German car manufacturer was unrelated to the pressures of the dieselgate emissions scandal.

Willis, who headed up the Volkswagen Passenger Cars brand between February 2000 and 2008 and worked as the managing director of Volkswagen Group Ireland before replacing Paul Willcox as the Group’s UK MD, is expected to leave his post before the end of the year.

While Willis would not reveal the identity of his new employer, he said: “It is a large conglomerate outside the UK with automotive interests.”

He added: “My new role is with a firm that is much more entrepreneurial than being an importer. That’s something I’ve always found interesting and I’ll be both a board member and responsible for the entire value chain.”

The Volkswagen Group UK MD said that, having turned 59 last week, the decision to leave the German manufacturer he has been a part of for 18 years was not an easy one and was taken after conference with his wife and grown-up son.

Asked whether the challenges faced in the wake of the dieselgate scandal of September 2015 had played a part in his decision to leave, he said: “It’s absolutely the opposite. I’m very proud of the fact that since 2015 all our volumes and performance has improved and the very difficult situation we went through I was determined to support and help the company.

“A number of other people did leave the company. I didn’t. I think it was a moral thing to help my colleagues out of a hole.”

Willis said that he had “no regrets” about his time at Volkswagen and described his appearance to give evidence in front of the Government’s Transport Committee to give evidence on the fall-out of dieselgate on several separate occasions as “a great experience”.

However he said there was no defence for the use of diesel emissions test defeat devices.

“With regard to dieselgate, one can’t defend people who break the law and those that did that in the company need to face the consequences of their actions," he said.

“From my point of view I did my best in terms of trying to turn things around for the company and I think the public now understand the situation. The volumes being achieved across all our brands’ retail networks show that that is the case.”

A spokesman for Volkswagen Group UK said that no timescale had yet been set for Willis’ departure.

“The Volkswagen Group’s franchised dealer networks and the group’s UK staff were the first to be informed of Paul’s departure and we’ll be sad to see him go,” he said.

“It was hoped that we could confirm his successor before making the move public and, as yet, no timescale has been set his departure.”

Willis said that the end of the year would be a natural time for him to leave his current post but added that he would be willing to stay on to facilitate the transition to a new UK Group managing director.

Willis led the Volkswagen Group's response to the dieselgate scandal of September 2015 and was called to give evidence to the Government’s Transport Committee on various occasions.

More recently, he has led the group’s management of stock shortages to its UK retail network in the wake of production issues related to the September 1 implementation of the new Worldwide Harmonised Light Vehicle Test Procedure.

Volkswagen Group brands accounted for 49% of the UK’s total registrations decline of 20.5% (87,336 vehicles) as the brand’s WLTP-related supply woes were felt by car retailers in September.

A total of 42,830 fewer vehicles were registered by Audi, Bentley, Porsche, Seat, Skoda, and Volkswagen last month than during in the same period in 2017.

Ahead of his departure from the Volkswagen Group, Willis said that he had placed an order for a Volkswagen Golf GTI, but added: “Because of WLTP I won’t have it until next year…”