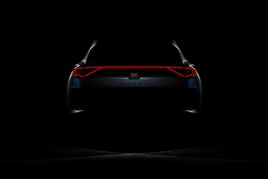 Cupra will unveil a concept version of the first vehicle to be developed and produced specifically for the Spanish performance brand at the forthcoming Geneva Motor Show 2019.

Defined as a brand more clearly defined from its Seat stablemates – with its own logo and the promise of future models – at last year’s Geneva Motor Show, Cupra will celebrate its first anniversary with the reveal of the new concept at this year’s event, following an online ‘digital reveal’ on February 22.

An official statement issued by the brand said that the new vehicle clearly shows the direction and the vision of the brand, both from a design and a technological perspective, adding that it would “combine the benefits of a performance car and an SUV”.

Wayne Griffiths, the recently appointed chief executive of Cupra, said: “This concept car is a synthesis of what Cupra stands for, a special and unique car with a striking and sculptural design, which expresses its performance and shows the energy that we have in Cupra to develop the next-generation of vehicles.”