Tesla has continued in its bid to honour 325,000 global reservations of its Model 3 electric vehicle (EV) with the completing of a successful first day of deliveries to UK customers. 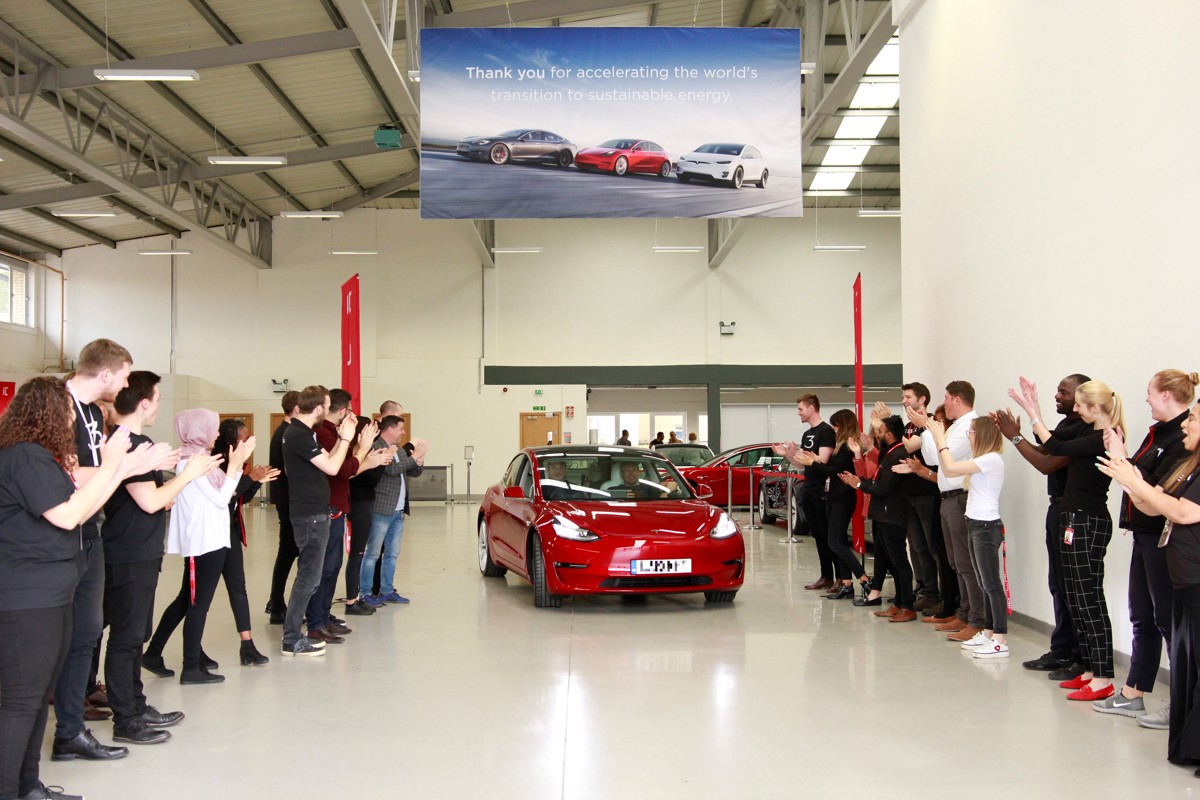 The Californian carmaker marked Clean Air Day (June 20) by commencing UK handovers of the 329-mile range capable rival to the likes of the BMW 3 Series and Mercedes-Benz C-Class.

In February the first deliveries of the car into mainland Europe saw its registrations total outstrip those of its German premium rivals, according to data published by Jato Dynamics, amid the sudden influx of 3,657 vehicles.

Tesla said that the arrival of the car to the UK was a fitting recognition of Clean Air Day.

It said that over 10 billion miles driven by Tesla vehicles to date, resulting in over 3.9 million tons of CO2 having been saved by owners.

The manufacturer said: “Tesla has delivered over 500,000 cars worldwide and with nearly 140,000 units sold, Model 3 was the best-selling premium vehicle (including SUVs) in the US for 2018 – the first time in decades an American carmaker has been able to secure the top spot.

“Tesla’s executive saloon Model S and Model X SUV have been familiar sights in the UK since the first Tesla Westfield store opened and Model S deliveries started in 2014.”

In total, Tesla now has 18 stores and 12 service locations in the UK alongside a network of 50 Supercharger locations.

The Supercharger network allows owners to travel from UK to all over Europe.

Additionally, Tesla added hundreds of new mobile service cars and vans across Europe which, it claims, save its customers the time of travelling to and from a service centre, and help remove 80% of the volume from new and existing Tesla service centres.

In February this year, however, Tesla looked set to shake-up its route to market with the announcement that it planned to embark on an online-only sales policy as part of a new strategy which would see the closure of its self-operated stores to realise cost savings of around 5%.

Less than a month later it indicated that price rises of around 3% for its more expensive Model S and Model X models would allow it to halve its planned number of store closures.

In a comment issued at the time, Tesla said: "We have decided to keep significantly more stores open than previously announced as we continue to evaluate them over the course of several months."

Prices for the Tesla Model 3 start at £38,900 for the standard, rear-wheel-drive derivative of the car, which claims a zero-emissions range of 258 miles, 5.3 second acceleration to 60mph and a 140mph top speed.

Model 3 now comes with Autopilot included which, under active driver supervision, enables your car to steer, accelerate and brake automatically for other vehicles and pedestrians within its lane.