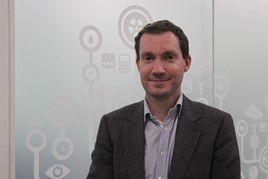 Nissan Motor GB has confirmed the appointment of Peter McDonald as its new fleet director three months after he resigned from his post as head of fleet at Seat UK.

AM’s sister publication, Fleet News, revealed news of McDonald’s departure from his previous role at the Volkswagen Group brand back in August stating that his move was set to be completed to an “as yet unidentified organisation”.

Now Nissan has confirmed that McDonald will help drive its supply of electric vehicles (EV) into the fleet sector as its new fleet director.

Commenting on his move in a statement issued by Nissan this week, McDonald said: “Corporate Fleets are currently managing the complexity that comes from the inevitable transition to electric vehicles and are looking for trusted and experienced partners that can provide support and advice.

“I’m really excited to be joining the brand that has the most experience in selling electric vehicles to fleets in the UK, and looking forward to working with the Nissan leadership team, dealer network and supplier base to simplify this complexity and accelerate this change for customers.”

While Nissan has long led the full EV sector it currently sells just one electrified vehicle in the UK – the recently updated Leaf.

A second EV – named the Ariya – was unveiled at last month’s Tokyo Motor Show and could reach the market in 2021.

McDonald’s job of driving fleet sales for Nissan in a sector which is set to be influenced heavily by Government's decision to remove EVs' BIK tax liability from April follows his near-20 year stay at the Volkswagen Group.