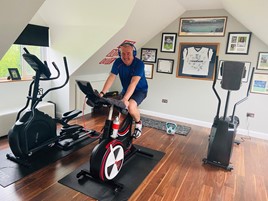 Mercedes-Benz Vans UK staff teamed up with its franchisees to raise over £13,000 for Cancer Research with a series of gruelling sponsored challenges.

Instead of cycling the commercial vehicles manufacturer's usual 100km from Manchester to Blackpool, a ‘100 Challenge’, saw members of the company team complete a variety of individual goals in July, 2020.

Among the challenges taken on by the OEM's employees were:

Simon Wilson, financial director at Ciceley Commercials, cycled 100 miles to land a further £2,100 while Jack Burgess from the accounts team at the same dealer managed 1,000 kick-ups in support of the ‘100 Challenge’.

Steve Bridge, managing director at Mercedes-Benz Vans UK, said: “Over the past few years we have raised £65,000 for charity. We’re delighted to have added another £4,500 with a Step Challenge in January, and now more than £13,000 with our 100 Challenge.

“From a personal perspective I’m quite relieved July is now over as cycling 1,000 miles proved a lot harder than I expected.

"It’s been a great experience, though, and I know the same goes for other members of the team who’ve completed their own challenges.

"The support and encouragement we’ve received from colleagues has given us all a much-needed boost.”

Mercedes-Benz said that thanks to the efforts of the team, the donations continue to roll in.

Bridge said: “We all know that recent events have hit the charity sector particularly hard, so we’re proud to have raised much-needed funds for Cancer Research UK.

"We will continue to do so, as ‘giving back’ is a key value for our business.”

Many charity's have suffered from reduced contributions during the COVID-19 crisis.

Last month Ben issued an appeal to help plug a £1 million funding gap after it was forced to cancel its annual fund-raising ball as a result of the impact of the COVID-19 pandemic.

The automotive sector's benevolent charity is now challenging individuals in the sector to complete British Grand Prix’s full 190-mile race distance under their own steam as part of a Formula One-inspired virtual reality fund-raising challenge.

To donate to the Mercedes-Benz Vans UK, '100 Challenge', click here. 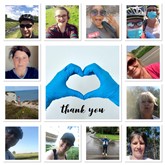 BCA HR team raise almost £3,700 for the NHS during lockdown

BCA HR team raise almost £3,700 for the NHS during lockdown