The director of automobile sought to reassert the importance of a strong OEM/dealer relationship as he addressed retailers at the Japanese brand’s UK dealer conference earlier this week.

Wyatt, who spelled put his views on agency agreements via his LinkedIn profile last month, said that the franchise model came with a “questionable” return on investment (ROI) and risked a reorganisation that could distract OEMs and retailers for up to two years at a vital time for the industry.

And, speaking at Suzuki’s dealer conference, he said that “any manufacturer that thinks it can simply become a dealer overnight is in for a shock”.

Wyatt said: “Our success depends on a coalition, dealer and manufacturer shoulder to shoulder with no chink of light.

“Like any family worth its salt we stand together, we fight together and as business friends we will be profitable together.”

Last month AM exclusively reported that Suzuki GB’s decision to import cars left incomplete due to the shortage of semiconductor microchips was set to give dealers access to 4,000 vehicles they would not otherwise have had.

Dale Wyatt, director of automobile, Suzuki GB, told AM that bringing the vehicles to the UK without infotainment systems – which incorporate sat-nav and vehicle sound systems – and sourcing his own solution locally, would now bear fruit.

The meetings sought to deliver clarity of the brand’s stock position, details of its Q4 & Q1 trading terms and Q1 consumer offers, its efforts to keep sales teams motivated and its plan to retain PCP customers and part-exchange stock.

Wyatt said at the time: “The bad news is that the chip shortage isn’t a short-term problem. It will be Q3 before production gets back to normal and Q4 before that supply actually starts to recover.

“That means we’ll be running at half power for the first half of next year.

Last week it unveiled details of its new S-Cross SUV ahead of its arrival in UK car dealerships in January 2022. 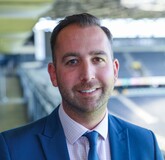