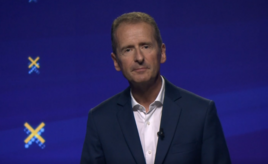 Volkswagen Group chief executive Herbert Deiss has warned that a shortage of components sourced from Ukraine could prove its biggest supply issue in 2022.

But in an update on the progress of the group’s New Auto Strategy, Deiss revealed that a lack of wiring harnesses from Ukraine had overtaken a shortage of semiconductors as the OEM’s major supply concern.

While chief financial officer Arno Antlitz said that everything from batteries to catalytic converters would become more expensive, Diess said that the Ukraine conflict had put its existing outlook “into question”.

He added: “The war in the Ukraine is dramatic and causes human tragedy and economic upheaval that we thought we had overcome throughout years of multilateralism and diplomacy.

“Volkswagen has proven its resilience over the past years and will manage this crisis, too. At the same time, we will keep clear focus on implementation of our New Auto strategy, which will enable us for an emission- free, autonomous future of mobility.”

A halt in supplies of wire harnesses – recently cited by Prof David Bailey as a key product of the war-torn country – could force Volkswagen to revise its outlook if alternative sources are not found in three- to four weeks, according to Diess.

Production is set to be relocated from Ukraine to North Africa and Eastern Europe.

In an annual results ststament last week, the Volkswagen Group revealed that volumes were down 6% in 2021, however sales revenue increased by 12% to €250.2bn (£210bn) as operating profit before special items almost doubled to €20bn (£16.8bn).

Operating return on sales before special items also climbed from 4.8% in 2020 to 8% thanks to “a better mix and favourable pricing as well as reduced overhead costs”.

Antlitz said that the VW Group cut overhead costs ahead of schedule last year, leading to €4bn (£3.4bn) of benefits compared with 2019.

While the brand has already signalled its transition to an agency retail model for its EVs, a push towards its ambition to become a mobility provider is set to be advanced through the acquisition of Europcar.

Its takeover bid is expected to be completed in Q2.

The potential initial public offering (IPO) of Porsche is expected to provide additional flexibility, meanwhile, through a move that could be completed as soon as Q4. 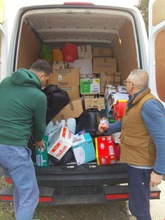