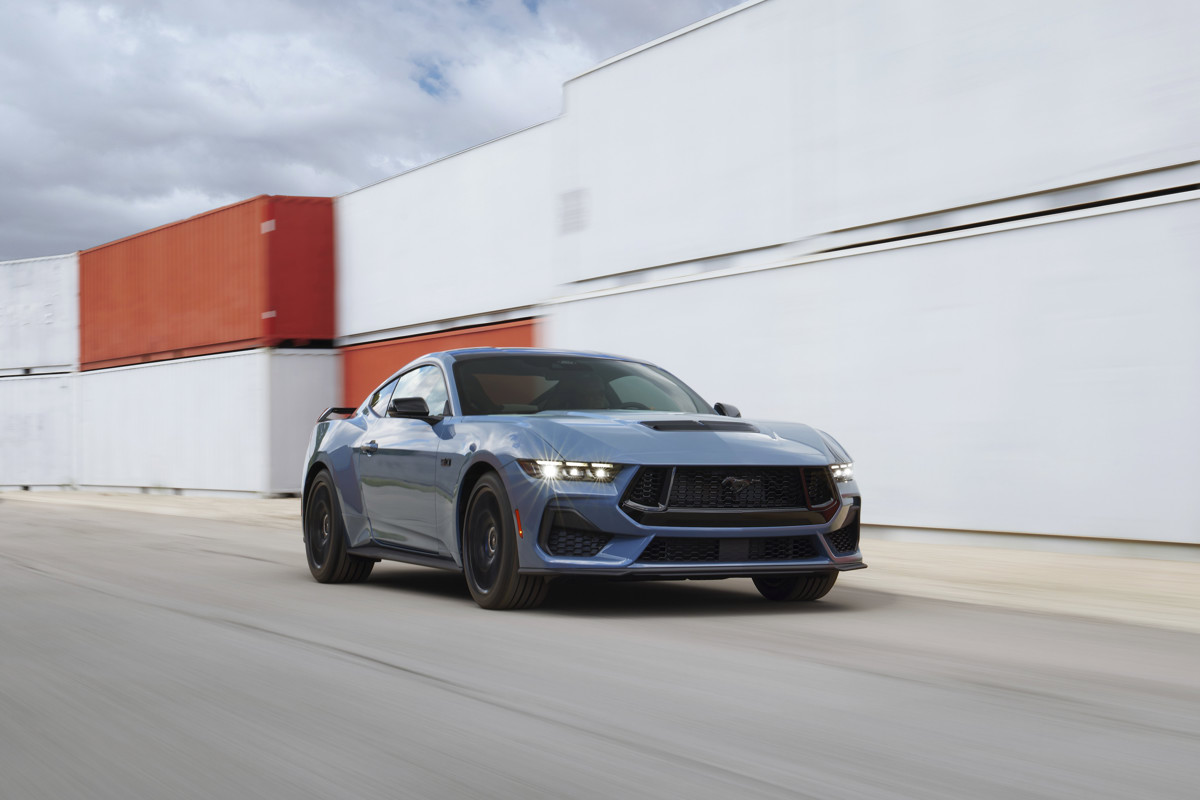 Ford has unveiled the all-new seventh-generation Mustang, which is expected to go on sale in UK dealerships next year.

The car will continue to be offered with a 5.0-litre V8 petrol engine, although it's likely to be the last petrol-powered Mustang.

It will be sold alongside the new all-electric Mustang Mach-E.

“Investing in another generation of Mustang is a big statement at a time when many of our competitors are exiting the business of internal combustion vehicles,” said Jim Farley, CEO of Ford Motor Company. “Ford, however, is turbocharging its ICE growth plan, adding connected technology, opinionated derivatives, and hybrid options to our most profitable and popular cars – all in the Ford Blue family – on top of investing $50 billion in electric vehicles through 2026.”

The new Mustang retains the iconic silhouette, inspired by its 1960s forefather, but introduces a sharper and modernised look.

Ford said it has taken the Mustang's athleticism to "new heights", with upgraded hardware, software and tuning.

The interior has been given a more significant overhaul, introducing a 13.4-inch central touchscreen that blends with the new digital instrument cluster in one seamless panel.

Buyers can choose from a 2.3-litre Ecoboost engine, with a 10-speed automatic gearbox, or the 5.0-litre V8 GT, which comes with a six speed manual or the option of an automatic.

For the first time, each model in the all-new Mustang line up carries its own unique front end. The GT features a larger grill openings engineered to allow increased airflow, reflecting the increase in power and performance over the Ecoboost. The car’s aerodynamics are optimised further with the addition of new bonnet vents and redesigned front splitter.

Ford has revealed a plan to grow its global EV production run rate from 600,000 units next year to two million by 2026 while adding new lithium iron phosphate cells to its Mustang Mach-E and F-150 Lightning pick-up in a move that will reduce material costs by 10 to 15%.

It plans to invest over $50 billion (£41.9bn) on EVs between now and 2026 as it targets adjusted earnings before interest and taxes margins of 10%, with 8% margins for EVs.

Prices and specifications of the UK-bound Mustang have yet to be confirmed.