The average UK motor dealership produced a profit of just under £93,000 in March.

It falls below the March 2014 figure of £96,000, says dealer performance specialist ASE.

“This fall is in spite of a 5% increase in average dealer turnover.

“This is tangible proof that the movement in dealer targets has resulted in a decline in profit even though they are registering more cars than they did in 2014.

Looking at new car sales the average dealer sold the same number of vehicles in March 2015 as they did in the prior year, with a marginal decline in the quarter as a whole.

This variance from the SMMT new car statistics, which show an increase of 6.8%, is tangible evidence of an increase in self-registrations, said Jones.

“We see further evidence of this through dealers’ used car stocks which increased 28% on average during March.

“This represents the highest overall level we have seen and a 13% increase on March last year.

“This may even be understating the situation as some dealers hold self-registered cars outside used vehicle stock until they are available for sale.”

The increase in stock produced a significant fall in used car return on investment despite a 7% increase in unit sales sales on the prior year.

“With April looking like producing another registration increase the profitable disposal of self-registered cars is absolutely key to overall 2015 profitability,” Jones said. 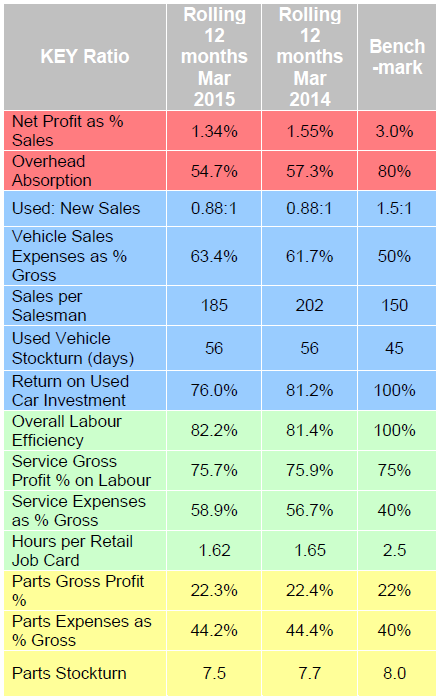