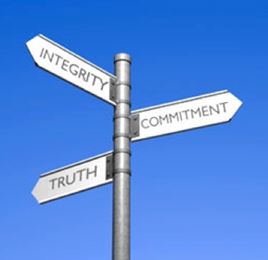 Car manufacturers have no intention to back down and allow franchised dealers the right in law to operate multi-brand dealerships.

And they have rejected attempts to create a Europe-wide code of practice governing the relations between them and their dealers, choosing instead to consider points raised on a menu basis.

Multi-branding was a right which Europe’s franchised dealers lost with the expiry of the Motor Vehicle Block Exemption Regulation in 2013. Although manufacturers already required multi-branded showrooms to use walls and tiles to divide the brands, since its expiry more manufacturers have demanded solus closed-off showrooms with an individual entrance for their brand.

It is a subject which CECRA, the European Council for Motor Trades and Repairers, has been lobbying the EU and Europe’s carmakers to restore, under a manufacturer’s code of practice.

At CECRA’s European Car Dealers Day in Brussels delegates were told it’s a request which carmakers have rejected and believe the matter is closed.

Erik Jonnaert, secretary general at the European vehicle manufacturers’ association ACEA, said its members had voted against a code of practice.

He added ACEA wants to avoid the discussions of multi-branding going on forever with CECRA.

Jonnaert was told how the investment demands placed on dealers had increased.

He said he did not dismiss the challenges in the market however dealer contracts and profitability are not talked about within ACEA, because this would be in violation of competition and anti-trust rules.

It is, however, something which any individual manufacturer could manage within its own dealer network, he said.

“The context in which we continue the dialogue with CECRA is we want a public policy environment and regulatory environment in Europe which enables us to do business and has focus on policy and legislation, not commercial relations,” Jonnaert said.

Manufacturers have their own challenges

ACEA’s 15 vehicle manufacturer members have their own profitability challenges, he said, with more regulatory and investment demands.

Bernard Lycke, director general of CECRA, said the relationships between manufacturers and dealers “have always been unbalanced” and since the expiry of the Block Exemption Regulation this has worsened sharply.

The EU's Cars 2020 report set a deadline of the end of 2014 for an agreement between ACEA and CECRA, otherwise the European Commission would reserve the right to legislate for the relationships between carmakers and dealers.

Joanna Szychowska, head of the European Commission’s automotive unit, said at the CECRA European Car Dealers Day it was “unfortunate” that discussions on a code of conduct were over. She gave no indication that legislation was being considered currently.

“I’m not at all sure whether, in the current circumstances, going in for legislation or regulating is exactly what is expected. I’m not saying it’s not, and this is certainly one of the tools that remain available.

“But the discussion turns around the same problems and the emphasis is still on the most thorny problems while the circumstances also change. Maybe we can take a different look at this discussion and steer it in a different way," Szychowska added.

She said that considered item by item, maybe CECRA and ACEA could come to the table again with more active participation from the European Commission to consider what steps can be taken for the final points on the menu.