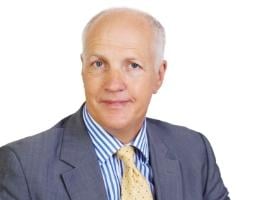 Dealerships have been warned to “exercise caution” when making plans to accommodate the new National Living Wage rate of £7.20-an-hour which it comes into force tomorrow.

Remarketing specialist Manheim pre-empted the 50p-per-hour rise by introducing its own voluntary minimum wage – above the now obligatory rate – back in February, but smaller employers are expected to feel the effect of the changes most.

Many are expected to readdress staff benefits and bonus packages to redress the balance as the increases for staff aged over 25 come into force.

And the Low Pay Commission, which advises the government, has suggested that some businesses could seek to favour a self-employed workforce or label some staff as “apprentices” to take advantage of a £3.30 rate for the first year of their apprenticeship.

With the wage floor set to rise further – to £9-an-hour by 2020 – it is clear that long-term solutions need to be found.

MHA MacIntyre Hudson director Alastair Kendrick (pictured) warned dealership bosses to settle on a resolution with caution. He said: “Many of the affected roles will be commission-based salesman and the risk for most franchises is that they may factor certain things like a car into a remuneration package only to find that doesn’t actually factor in as part of the wage as far as the HMRC are concerned.

“There have been recent instances where a salesman might suffer illness or a lean period of sales and see their wage drop below the National Minimum Wage. The HMRC can track these cases in real time and spot them very easily.

“Dealers need to exercise caution in striking a balance if they want to retain the traditionally commission-based approach to remuneration.”

Kendrick said that the fines related to breaches of minimum wage laws were doubled last spring, but added: “In the cases that I have dealt with – dealing with the larger dealer groups – it has been the fear of news of the breach entering the public domain that is the major issue, not the fine.

“The HMRC publishes details of any breaches on-line and that is often the thing that bites hardest.”

The Financial Times this week reported how international law firm DAC Beachcroft had advised delegates at the Best Western members’ conference in Manchester last summer not to switch to a workforce aged under-25 to avoid paying the National Living Wage.

Such a move could leave businesses open to age discrimination claims.

The FT said that a “levelling-off” of weekend wage premiums and a process of “banked hours”, which would negate the requirement for overtime pay, might be considered a solution for some businesses – like car dealerships – where seven-day trading was the norm.

But increased staff retention and satisfaction is the reward for those who reflect the 50p-per-hour rise in their staff’s pay packages.

Michael Buxton, CEO of Manheim UK, said: “Our employees are our most important resource and are ultimately responsible for making Manheim a successful business. We recognise the positive impact that the National Living Wage will have and are proud to continue our commitment to pay our employees above the minimum level set out by government.”

In December BDO reported in its fifth Motor Salary Survey that dealerships staff’s average remuneration package had increased from £38,000 in 2014 to £39,000 in 2015, excluding chief executives. A rise of 2.6%.