Guest opinion: 2016 forecast as a record year for new car registrations - if UK stays in the EU 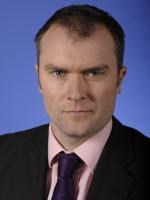 The passenger car market in the UK posted a steadier result in April after March's record sales volume which resulted from the biannual plate change, with a 2% year-on-year rise in sales to 189,505 units, according to the latest data from the Society of Motor Manufacturers and Traders (SMMT).

The result was the highest April sales volume figure recorded since 2003 and it continues to pose questions on how long the positive growth track in the UK can continue, although as long as interest rates remain at their current level and OEMs continue to fight aggressively for volume and share there is likely to momentum in the market.

IHS Automotive forecasts sales of just over 2.70 million units for the full year, which would be another record year for the market, although next month's vote on whether the UK will remain a member of the EU is one of a number of factors that has the potential to disrupt the market.

The UK passenger car market returned to a lower rate of growth in April after March's record sales volume, fueled by the biannual plate change.

The market grew by 2% year on year (y/y) during the month to 189,505 units, although this in itself was the highest April total for sales volumes since 2003 when the market recorded sales of 194,312 units.

The main drivers for the market in April were the fleet and business sectors with volumes rising in the segments by 6.1% and 2.8% respectively, while there was a 0/6% y/y decline in private sales during the month.

April's sales volume dragged down the year-to-date (YTD) growth rate with a tally for the first four months of the year of 961,285 units.

The UK market's steady rise in April was to be expected given the record sales month in March as a result of the plate change.

Given the high level the market is already at, and the inevitable uncertainty in the run-up to the EU referendum next month - which will multiply if the country votes to exit the EU - the best that can be hoped for is mild growth or simple consolidation on the current sales trend.

This should be possible if there are no added external macroeconomic or political disruptions and interest rates remain at their current level.

In our April forecast, expected GDP growth in 2016 was maintained at 1.9% (having been downgraded from 2.1% in the March forecast).

This assumes the UK votes to stay in the EU and that this will underpin a clear pick-up in economic activity in the second half of 2016.

Probably most importantly for the development of the UK passenger car market, the Bank of England looks unlikely to raise interest rates until well into 2017 and will then act only gradually, although fiscal policy will be tighter during 2016 and 2017.

However, it should also be noted that IHS has stated that it will cut the UK's GDP growth forecast if the UK votes to leave the EU in June, and this is likely to have a negative knock-on effect for the passenger car market forecast.