Consumer and business confidence slides in wake of EU referendum 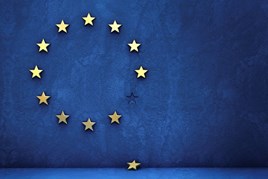 Consumers and business confidence has slumped in the wake of the UK’s June vote to leave to European Union.

GfK’s long-running monthly Consumer Confidence Index dropped 11 points in July (since the June interviews conducted before the referendum) from -1 to -12.

This is also a further three-point drop from the -9 recorded by its ‘Brexit special’ in early July.

All five measures used to calculate the index* saw decreases this month.

“We’ve seen a very significant drop in confidence, as is clear from the fall in each of our key measures, with the biggest decrease occurring in the outlook for the general economic situation in the next 12 months (-19 points).

“Although the rate of decline is slower than reported in the aftermath of the vote to leave the EU, consumers in the UK were also less optimistic about the state of their personal financial situation going forward (-9 points).

“However, the index continues to remain at a relatively elevated level by historic standards.

“Its future trajectory depends on whether we enter a new period of damaging economic uncertainty or restore confidence by embracing a positive stance on negotiating a new deal for the UK.”

Furthermore, business confidence has also plunged post-Brexit vote, according to the Institute of Chartered Accountants in England and Wales (ICAEW) compared to the last quarter.

The survey of 1,000 chartered accountants showed that the construction, property and transport sectors suffered the sharpest declines in confidence.

ICAEW said the index fell "drastically" after the June 23 vote but then crept up.

A Lloyds Bank survey of 200 companies on Friday also showed confidence recovered partially after an initial dive following the vote.

"Businesses have reacted, however, as you would expect them to," said Stephen Ibbotson, the ICAEW's director of business.

"Time will help rebuild confidence as they adapt and understand the environment, bearing in mind that the UK will still be in Europe for at least two years."

Averaging its business confidence index for the three months to July 20, spanning before and after the referendum, the ICAEW said the index fell to -10.2 from +0.8 in the previous three-month period.

Separately, accountancy firm EY slashed its economic growth forecast for 2017 to 0.4% from 2.3% and predicted business lending would shrink by nearly 2%, Reuters reported today.

"While banks are still willing to lend, there is a strong sense of 'wait and see' from business and consumers as they await details of what Brexit will look like in reality," Omar Ali, UK financial services managing partner at EY, said.

AM Poll
Are you training your staff on commission disclosure ahead of the January FCA changes? Please leave a comment
Vote
View all
2138