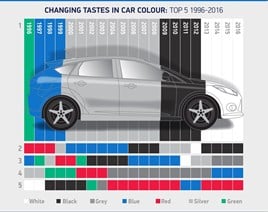 UK car buyers are going back to black as white topped the colour charts for the fourth consecutive year.

Between them the two hues took more than 40% market share.

Black became the new car colour of choice in England while white maintained its lead in Scotland, Wales and Northern Ireland, the SMMT found.

The SMMT also ranked the most popular cars of 2016 by colour: 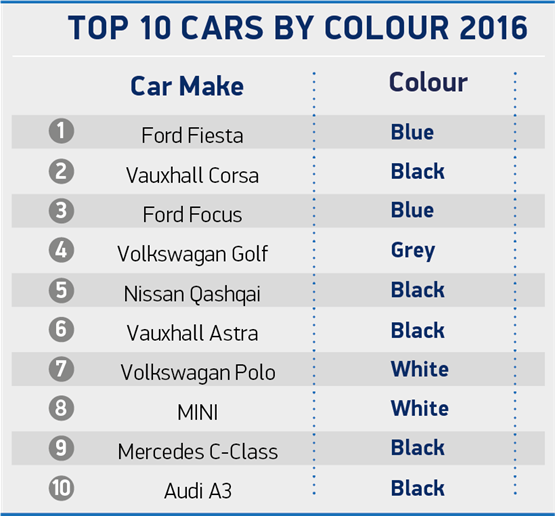