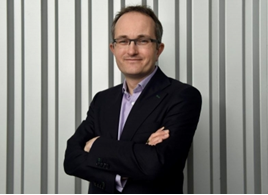 Analysis of fuel economy rates reveal a five percent increase in the gap between official and real-world mpg, reaching 29% in 2016.

Official mpg figures averaged 60.7mpg in the year, the highest recorded by Emissions Analytics in its Equa index since it began monitoring in 2011.

However, real-world mpg reached just 42.3mpg. On a like-for-like basis, this represents a 3% increase on 2015. 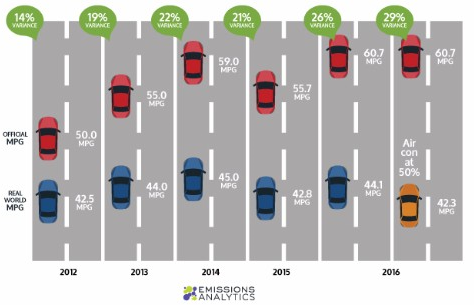 Can regulatory change reduce the gap?

From  September 1 this year the World harmonised Light duty vehicle Test Procedure (WLTP) will be introduced to certify the carbon dioxide and fuel economy of cars.

Work started on this around 2008 and was originally intended to be a worldwide certification standard.

“However, with the passing of time and the withdrawal of North America from the process, it has become less relevant,” said Emissions Analytics’ chief executive Nick Molden (pictured).

“It will still be an improvement on the existing type approval process, which incorporates the New European Driving Cycle (NEDC), largely due to the removal or restriction of loopholes in the procedure.

“But, the test cycle itself is not much more representative of real-world driving, as it remains in the laboratory with no changes in elevation and still modest acceleration rates.

“Our prediction, also consistent with modelling from the International Council on Clean Transportation, is that the current mpg gap of 29% and the CO2 gap between official and real-world of around 40% will approximately halve.

“So, a significant gap will still remain.

“Crucially, it has yet to be agreed when and in what way the WLTP results will be made available to consumers.”

In 2016 Emissions Analytics updated all its mpg results to include the effect of air conditioning on fuel economy.

The results are now expressed to reflect manually adjusted air conditioning (not automatic climate control) switched on at 50% of maximum throughout the test. This increases fuel consumption typically by 4%.

Incorporating the use of air conditioning, the gap between official mpg figures and real-world Equa Index mpg has risen to 29% on average, with the largest gaps well exceeding 40%.

This increases to 75% below the official figures for hybrid vehicles that have not had their battery charged and are running purely on the ICE.