EV interest is on the rise, says Motors.co.uk 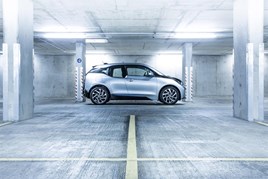 More consumers are considering electric cars, with a 12 per cent increase in views in the second half of 2016, according to Motors.co.uk.

The year-on-year rise, seen between January and June last year, has been followed-up with a further rise in demand in January of 2017, the online marketplace reported, as views of BMW’s innovative i3 experienced a 136% year-on-year increase in detailed page views.

Fellow Cox Automotive brand, Manheim saw the number of electric vehicles it sold in the wholesale market increase by 38% year-on-year in 2016, with motor traders rather than franchised dealers buying the largest proportion of stock.

Dermot Kelleher, director of marketing and business intelligence at Motors.co.uk, said: “When electric cars were launched in this country, car dealers and consumers alike were sceptical about their relatability and practicality.

“However, we are now seeing some momentum as manufacturers make their vehicles more affordable, fit them with long-lasting batteries and consumers become more aware of their carbon footprint.

“While we can partially attribute this year-on-year rise in electric vehicle views on our website to an increase of listed stock, it is becoming clear that plug-in cars will only continue to become more popular.

“For example, it has been forecast that there will be more than 100,000 plug-in cars on UK roads by the middle of the year and there were nearly 37,000 new electric vehicles registered in the country in 2016.*

“The next 12 months will be crucial to the growth of electric vehicles in the UK and with many dealers preparing themselves to diversify their stock to suit consumer preferences.”