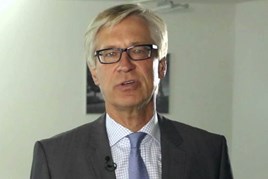 More than a third of consumers now feel that ride hailing or car-sharing are viable alternatives to vehicle ownership according to the results of a survey of 8,000 people carried out by Capgemini.

The consultancy experts found that 34% now see ride sharing and tap and ride services as a genuine alternative to car ownership in the survey of consumers in Brazil, China, France, Germany, Italy, India, the UK and US.

Capgemini  believes that the 17th Cars Online report from Capgemini, ‘Beyond the car’, echoes a shift in the strategy of leading manufacturers who are already investing in car sharing services through launches, acquisitions or partnerships, to adjust to the shifting attitudes of consumers.

But the report also claimed to hold some good news for the traditional automotive sales model, with more than half (56%) of respondents stating that they see car hailing and ride-sharing services such as Uber, Didi and BlaBlaCar as complementary to buying a new car.

The percentage of those who see mobility services as complementary to buying a car increases when looking at younger car buyers aged 18 to 34 (64%) and those based in emerging markets China (77%) and India (63%).

The significance of the investments by major manufacturers in car sharing schemes is confirmed by the fact that two-thirds of consumers (66%) state that car brands are an important factor in their choice of car-sharing program.

Kai Grambow, global head of automotive at Capgemini, said: “We are currently experiencing a golden age of car sales, however it’s clear that this won’t last forever in its current form.

“Car brands are realizing they need to react to changing consumer habits to sustain growth.

“Becoming leaders in car sharing and the broader mobility space will not just create new revenue streams for car manufacturers, but will also allow brands to raise awareness and establish a new kind of relationship with consumers as they decide on their next model to purchase.”

Concerns about cybersecurity are also on the rise.

In 2015, a third of respondents were concerned about cyber security. After further high-profile hacks of automotive platforms, consumers want re-assurance from manufacturers that cars are secure, 68% stating that the “cyber resilience” of a car would influence whether they bought it or not.

Consumer interest in buying cars from tech brands is increasing despite lack of substance, however.

A further 18 months of rumours that Google or Apple will launch cars has seen consumer interest increase from the 2015 study (49%), to well over half of consumers (57%) who are now open to buying a vehicle from a technology company such as Apple or Google.

PSA Group moves into US with car sharing scheme

PSA Group moves into US with car sharing scheme